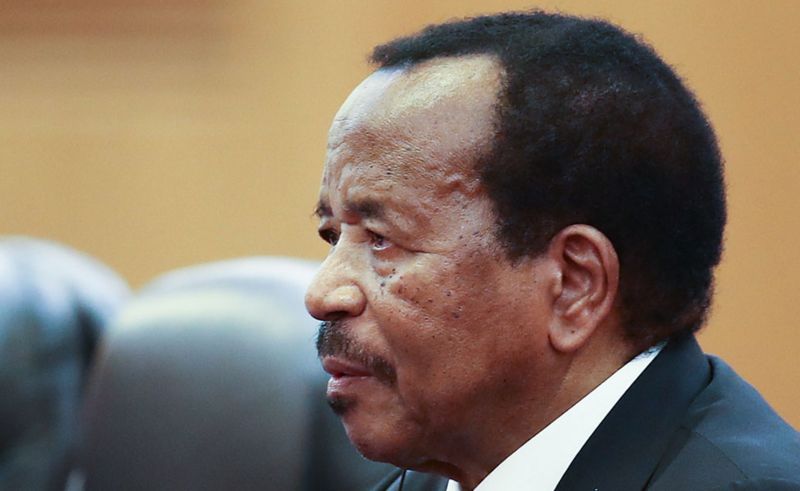 For The Sake Of Cameroon, Life-President Paul Biya Must Be Forced Out!

The country should be rich, but millions live in dire poverty. France must stop supporting the president and his electoral ploys

On 6 December, Africa’s oldest serving leader, Paul Biya, and his ruling party, Cameroon People’s Democratic Movement (RDPC), will be declared the winner of the country’s first ever regional elections.

That much is clear, and is expected inside and outside of the west African country – Biya has misruled with an iron fist for nearly 40 years. But the question we should be asking, but as yet have not, is what this means for Cameroon’s 25 million people. In my view the answer is more poverty, more violence, more corruption and more suffering. This should compel us all to act.

But Biya’s life-presidency, corruption and use of indiscriminate violence as a first resort have made Cameroon a country in crisis; on a downward trajectory I fear the world will only wake up to when nobody is left to save and Biya is too frail to stand trial.

Since independence from France in 1960, Cameroon has been ruled by one party and two presidents. Biya, who “won” his seventh term with more than 70% in 2018, has been in power since 1982, before 75% of the population was even born. His current mandate will expire in 2025 when he’ll be 92. He is planning to run again.

A vote for regional councils has been promised since 1996. So why is Biya is rushing to organise it now, in a middle of a coronavirus pandemic as well as a local separatist war that has, according to the Centre for Human Rights and Democracy in Africa, killed more than 4,000 people and internally displaced a further 500,000?

Simple. Because Biya is trying to deflect local pressure and international criticism for his misrule and abuse. The way I see it, Biya is losing the argument against the English-speaking south-west and north-west regions who want to create an independent anglophone state to free themselves from this despot.

Biya has turned Cameroon into a highly authoritarian and fascinatingly corrupt country. It actually earned Transparency International’s No 1 ranking as “the world corruption champion” two years in a row, in 1998 and 1999.

Many Cameroonians live in dire poverty. According to the World Food Programme, 40% live below the poverty line. Another estimated 6.2 million are in need of humanitarian assistance. That’s 25% of the population. The renewed escalation of violence by Boko Haram in Nigeria and the Lake Chad region is adding to the suffering.

The terrible irony of Biya’s ploy to deflect attention is that the elections will exacerbate the longstanding grievances of the English-speaking communities. After nearly three years of separatist violence, the two sides are currently at an impasse. For me, the best way forward for peace and for the reunification of Cameroon is to force out Biya, whose tentacles pry into every aspect of the country, choking life and talent. But France, the former colonial power, is still betting on one of its leading African strongmen and his electoral ploy, even though everyone knows it will not be free, fair or transparent.

For France, the rebel regions’ ongoing struggle is an unforgivable sin against FranceAfrique, still recovering from the locals’ rejection of the CFA Franc. Secession in Cameroon could kill FranceAfrique. But, in doing so, France is strengthening the separatist’s strongest argument that Cameroon’s institutions represent only Biya and his corrupt, Paris-backed, Francophile elites who exploit the region’s resources and kill with impunity. This is why I think the poll will become a flash point, resulting in an escalation of the violence which persists, especially in opposition stronghold English-speaking regions where rebels have banned voting.

Cameroon’s stabilisation should have started in 1992 after the fall of the Berlin Wall and the end of the cold war when Biya reluctantly adopted a multiparty system. But his greed and obsession with power has rendered this impossible. So long as Biya is in power the violence or corruption will not stop soon. Cameroon will continue on the downward trajectory that has characterised it for almost 40 years. Just how many more lives and dreams must a dictator like Biya destroy before France stops supporting him and his electoral ploy?