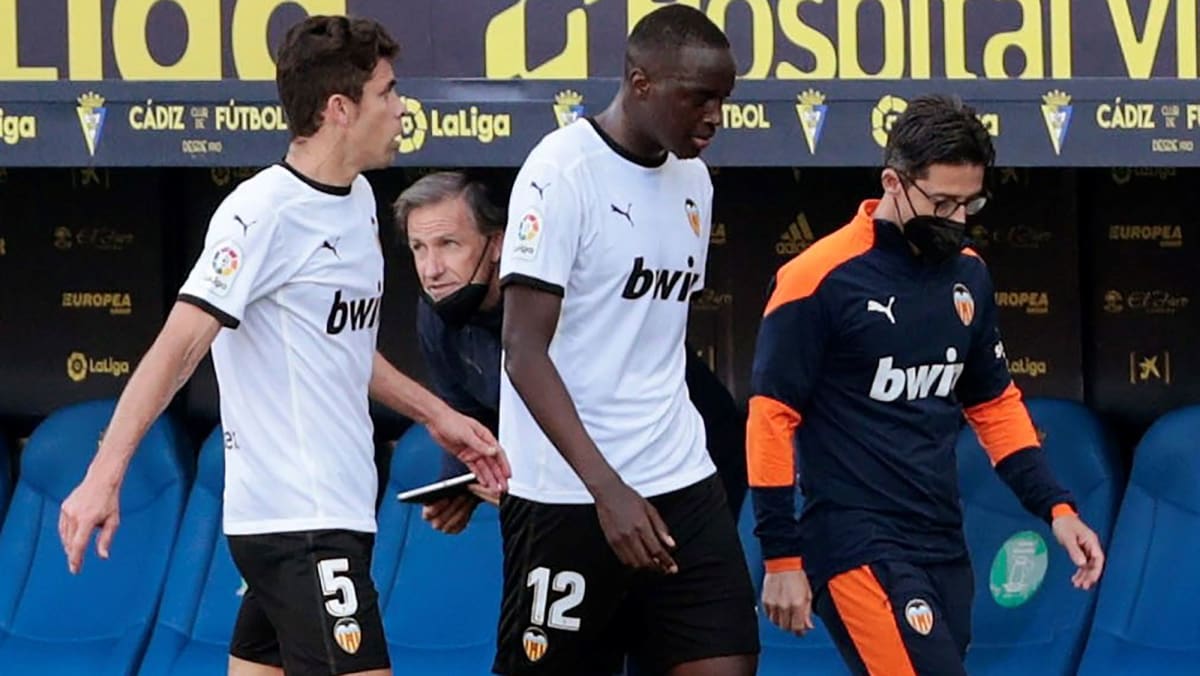 Following the racial insult on Mouctar Diakhaby, Spanish La Liga football club Valencia has released a statement saying that its players were forced to resume their match after feeling threatened by the referee.

Valencia said defender Mouctar Diakhaby’s teammates walked off the pitch after the player said he was racially insulted by Cadiz defender Juan Cala.

What transpired on the pitch?

Valencia FC players walked off the field in the 29th minute after Frenchman Diakhaby reacted furiously in a dispute with Cadiz’s Spanish defender Juan Cala.

Diakhaby, who is of Guinean descent, was shown a yellow card for arguing with Cala before Valencia left the pitch.

Referee David Medie Jimenez said Diakhaby had told him Cala had used a racial slur to insult him.

It is the first time a La Liga match has been stopped after an accusation of racism.

Cadiz eventually won the match 2-1 after an 88th-minute goal by Marcos Maura, who had come off the bench to replace Cala.

Why did Valencia’s players return?

The club says its players were afraid the club would lose league points.

“The referee told the players about the potential consequences of not returning to the field,” the club said in a statement. “The players were forced to play after the threat of punishment.”

Valencia’s players returned to the pitch. The club said this was after a request to do so by Diakhaby himself.

“The team have held a meeting and decided to continue the game, in order to fight for the honor of the club, but denounce racism of any kind,” Valencia said in its Twitter account in English.

“The player, who had received a racial insult, requested that his teammates return to the pitch.”

However, AFP journalist Tom Allnutt quoted Valencia coach Javi Gracia as saying Diakhaby had merely said he “understood” that the match should go on.

“We spoke with Diakha, about how he was, and he told us he wouldn’t play but he understood perfectly we had to continue to avoid a possible sanction,” said the quote. “So we returned.”

Both sides stand by players

Valencia captain Jose Luis Gaya said Diakhaby was “devastated” and that he had been in no condition to keep playing. “It was a very ugly insult,” Gaya said. “I won’t say what it was.”

“I was far away from the incident. Diakhaby looked very angry and animated and he told us that he had received a racist insult. That’s why we headed off the pitch.

“It’s lamentable that this kind of thing is still happening in football and a solution has to be put in place.”

Gaya, also a defender, said the Valencia players hadn’t spoken to Cala. However, he said, Diakhaby’s reaction made the team “sure” Cala had said something.

Valencia said it offered its “complete backing” to Diakhaby. “WE SUPPORT YOU MOUCTAR,” it wrote.

Today is a sad day for our sport,” Valencia said in an official statement. “Today was not a loss in a game. It was a loss [of] respect, a loss of the spirit of football and sport.”

Meanwhile, Cadiz coach Alvaro Cervera said his player Cala had assured him he had not insulted Diakhaby.

Valencia replied that it did not believe Cala’s statement.

“We need to condemn these actions when they occur, but I believe what my player told me,” Cervera said.

Cadiz, in a club statement, said it was “against all forms of racism or xenophobia” and that it worked “hard to help eradicate” them. “Anyone guilty of such an offense, whether or not they belong to our team, must be punished,” Cadiz said.

“We work and will continue to work so that in our soccer there is no xenophobic behavior, with a ‘NO TO RACISM’ with all its forcefulness.”

If found guilty, Cala could be banned for up to five years.