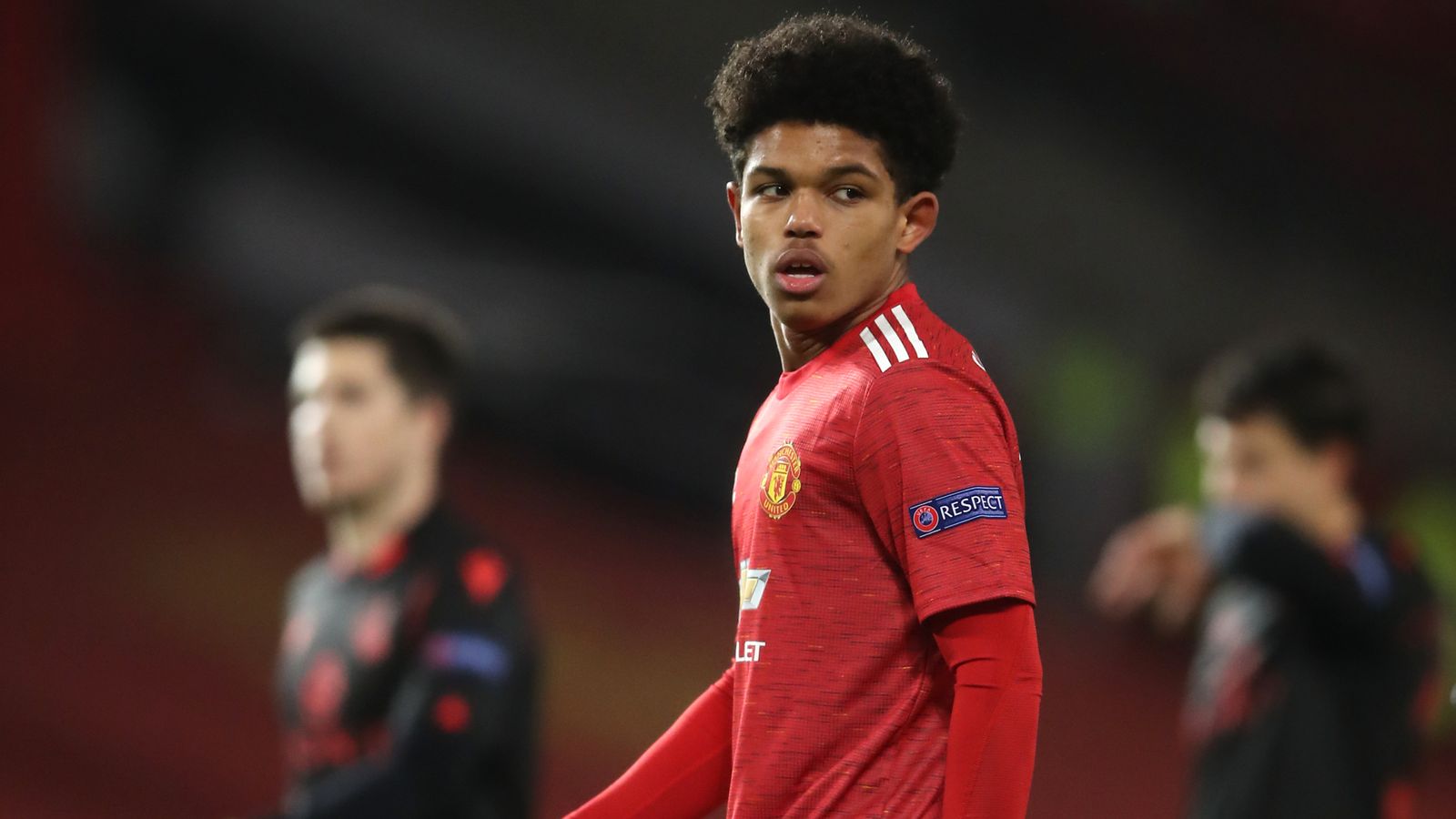 Shola Shoretire has described his European debut as an incredible honour, after he made Manchester United history.

United had done all the hard work in the first leg of their Europa League last-32 tie against Real Sociedad, winning 4-0 in the ‘away’ leg on neutral territory. That allowed Ole Gunnar Solskjaer to rotate his squad for the home leg, and United were held to a goalless draw at Old Trafford.

In a largely forgettable game, Shoretire second senior appearance will stand out as a highlight, particularly because he became the youngest United player to ever make their European debut for the club.

Shoretire, at 17 years and 23 days, surpasses the previous record holder – Norman Whiteside, who was 108 days older.

Taking to social media after the game, Shoretire said the appearance was a proud moment for his family.