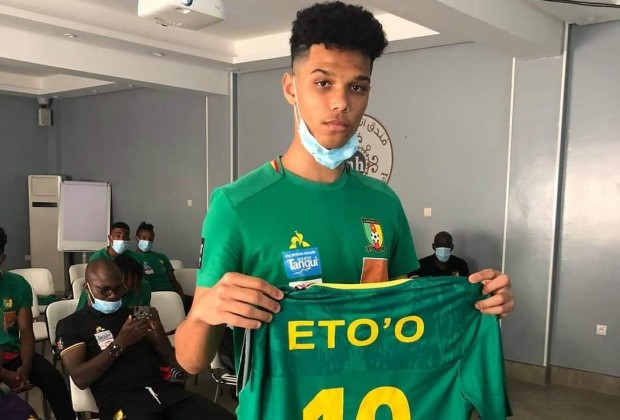 Samuel Eto’o son, Etienne, said he is aiming to do better than his father after scoring a brace in his debut outing for Cameroon U20 at the Africa U-20 Cup of Nations in Mauritania.

Etienne Eto’o, who plays his club football for the youth team of Spanish club Real Oviedo, scored twice – including a truly sublime strike direct from a free kick – as Cameroon crushed Mozambique 4-1 in Nouakchott on Saturday and secured progression to the quarterfinals as Group A winners.

The youngster may be looking to replicate his fathers superlative performance with the Indomitable Lions – which includes over 100 caps, 50-plus goals, an Olympic Gold Medal and two AFCON titles – but the young Eto’o is off to a great start