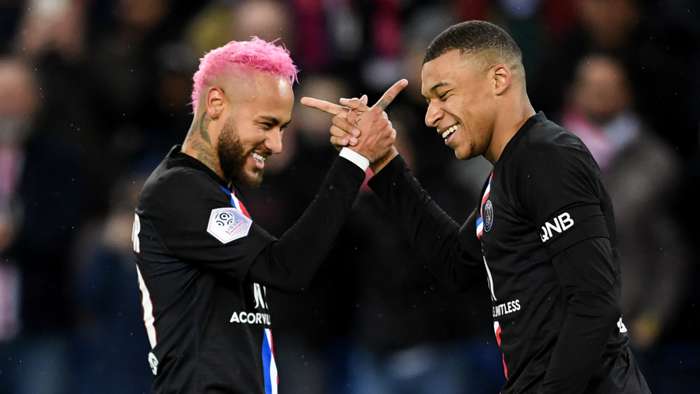 Neymar is ironing out the final details of a new four-year contract extension with Paris Saint-Germain.

The club has reached an agreement with superstar forward Neymar over personal terms on a new five-year contract, according to a report.

The Brazil international, who became the world’s most expensive player when joining PSG from Barcelona for £198m in August 2017, has 16 months to run on his existing deal.

However, Neymar recently indicated that he was close to signing a new contract at the Parc des Princes, which would end any lingering talk of a return to cash-strapped Barca.

Qatar Today reports that the 29-year-old is now on the verge of putting pen to paper on fresh terms that will tie him down until 2026.

Fellow forward Kylian Mbappe, who netted a hat-trick in Tuesday’s 4-1 win over Barcelona, is also negociating with the French giants over extending his deal beyond 2021-22.