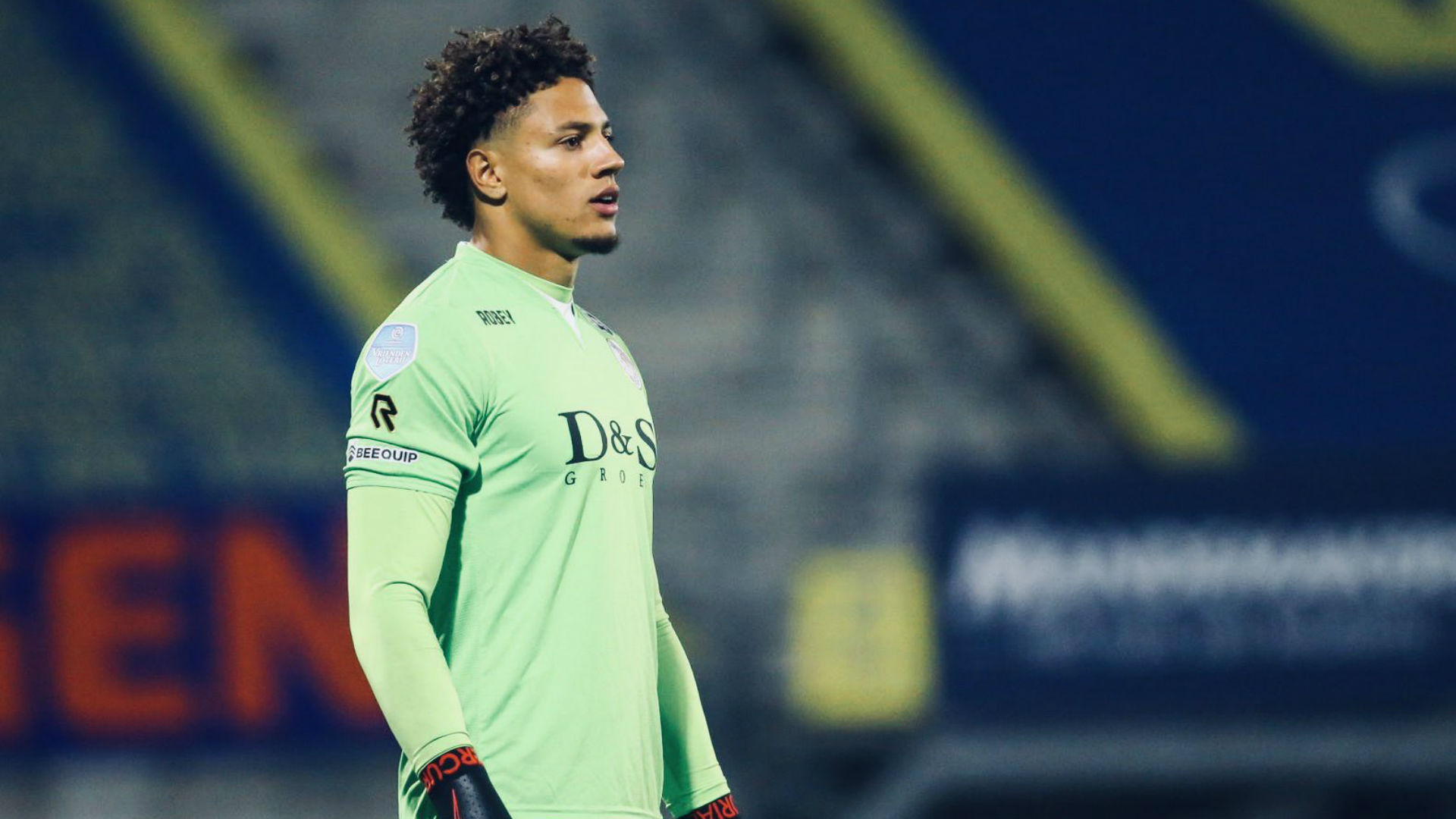 Sparta Rotterdam goalkeeper Maduka Okoye has shifted his focus to their Eredivisie game against VVV-Venlo on March 9.

The shot-stopper made his 18th league appearance for the Red and White Gladiators against VVV-Venlo but despite his efforts, his side only managed to share the points in the encounter.

Laros Duarte opened the scoring for Sparta Rotterdam moments before the half-time break and they were on the verge of clinching all three points before conceding a late penalty, after Adil Auassar was adjudged to have handled the ball in the area.

Michael de Leeuw then gave Okoye no chance when he fired his effort into the back of the net to ensure Dick Lukkien’s men avoided defeat.

The Nigeria international has taken to social media to express his frustration at his side’s failure to win the game.

“[I am] disappointed not to get all three points. We go again on Tuesday,” Okoye tweeted.

Okoye teamed up with Sparta Rotterdam last summer from Fortuna Düsseldorf II and has made 18 league appearances for the club, keeping five clean sheets.

The Red-White Gladiators are currently 13th on the league table after gathering 24 points from 24 games.

Okoye has featured three times for the Nigeria national team and was recently named the team’s first-choice goalkeeper by Super Eagles coach Gernot Rohr, ahead of Daniel Akpeyi, Francis Uzoho and Matthew Yakubu.

“No. 1 is Maduka. These decisions, I take them with [goalkeeper coach Alloy Agu] because he is a specialist for goalkeeper training,” Rohr told ESPN.

“Myself and Alloy, we agreed that it’s actually Maduka. We have the experienced [Daniel Akpeyi] doing good matches with this club in South Africa.

“We have the young [Francis Uzoho] coming back after injury, but he has to play also now not only on the bench. We have also [Matthew Yakubu].

“There’s good potential now because this position was a big problem for us so we have more now.”Okoye will be expected to be in goal when Nigeria take on the Republic of Benin and Lesotho in the 2022 Africa Cup of Nations qualifiers later this month.