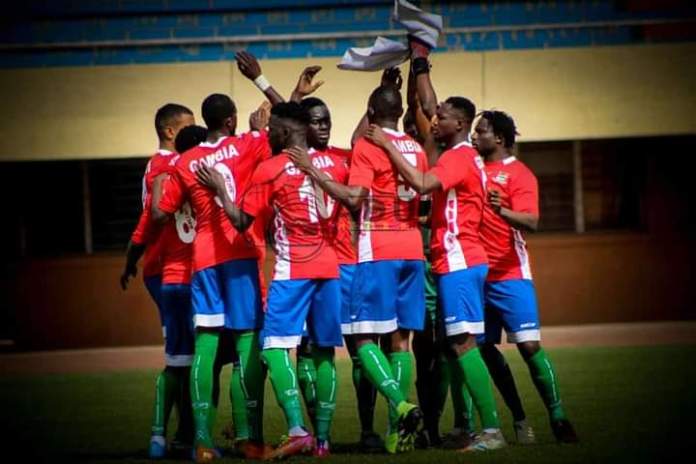 Gambia’s scorpions qualified for the Total Africa Cup of Nations (AFCON) for the first time ever after a slim 1-0 victory over Angola in Banjul on Thursday. The victory sees Gambia move to 10 points with one round of matches left.

Striker Assan Ceesay scored the only goal of the game in the 62nd minutes.

Gambian goal-machine Assan Ceesay scored the goal for the Gambian side after finishing a wonderful rebound from midfielder Ablie Jallow’s strike.

The Gambian side has written their name in the history of the country’s football book as they qualified for the Afcon tournament with a game to spare against DR Congo.

The Scorpions have qualified together with Gabon in Group D after Gabon defeated DR Congo 3-0 yesterday.

Meanwhile, President Adama Barrow, who was full of joy in his phone-call, congratulated the boys for a job well done.