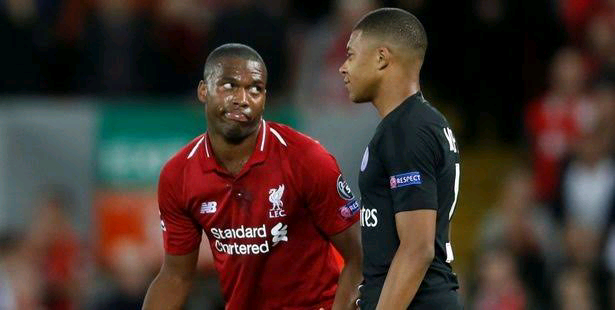 The Reds, along with La Liga giants Real Madrid, have been tentatively linked with the Paris Saint-Germain forward for the past couple of years, despite the chances of a deal being highly unlikely.

Mbappe has a year left to run on his contract, and there has been no news over a possible extension happening anytime soon.

The 22-year-old has been performing for France at this summer’s European Championships, but had a night to forget as his country lost in the round of 16 stage.

France exited the competition in remarkable fashion on Monday night, losing 5-4 in a penalty shootout to Switzerland after the tie finished 3-3 after 90 minutes.

With the first nine penalties being scored, Mbappe stepped up and saw his effort saved by Yann Sommer. Following his miss, Mbappe has received some criticism for not scoring a single goal at the tournament, but Sturridge has leapt to the defence of the forward.

“Everyone needs to chill with the jokes and show some love and support to the young talent Kylian Mbappe,” Sturridge wrote on Twitter.

This guy is world class at 22! He will only get better and learn from tonight.

“Can’t wait to see your comeback and be even better next season bro, stay strong.”

News/Image: Echo | Empire of the Kop