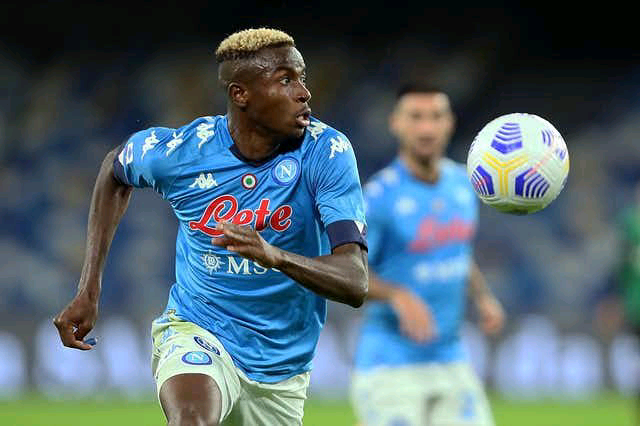 With exciting games played during the week, few Super Eagles players were impressive with their performances. Their brilliance over the weekend caught the eye, as they made the list of outstanding Nigerian players abroad

Eberechi Eze
Sheffield United will be sick of the sight of Eze, after the Crystal Palace’s playmaker’s top showing against them at Bramall Lane.

Eze notably scored a solo strike in the reverse fixture at Selhurst Park and he repeated the trick as the London outfit ran out 2-0 winners against the relegated Blades.

The Eagles attacking midfielder also assisted Christian Benteke’s opening strike — taking his goals and assists total to nine — and the performance was able to sustain Palace’s Premier League status for another year.

Anthony Nwakaeme
Trabzonspor have made a habit of playing out stalemates lately — six draws in seven — but returned to winning ways with a 2-1 victory over Antalyaspor on Saturday.

Nwakaeme was in top form on the day, ending a three-month goal drought to score his seventh goal of the campaign and was generally a thorn in possession before his late withdrawal.

The forward completed four dribbles (only Caleb Ekuban had more successful attempts), won a few fouls for his side and got stuck in where necessary.

Trabzonspor remain fourth in the Super Lig table after the slim victory.

Paul Onuachu
Another strike for Paul Onuachu helped Genk to a 3-0 win over table-topping Club Brugge, maintaining the hosts’ unblemished run in the Championship Round.

The towering marksman has netted six times in his last five games for the Smurfs, continuing his amazing form for KRC this term.

Genk are five points behind Brugge after this weekend’s convincing success over the title favourites at Luminus Arena.

Isaac Success
Success scored his first goal since late August 2019 and his first in league football since October 2018 when Watford defeated Swansea City 2-0 to end the Championship campaign on a high.

The result saw the Hornets finish the season on a good note after a 2-0 loss at the hands of Brentford in the penultimate gameweek.

After his lengthy layoff, Success’s brilliance on the last day ended a 30-month drought

Victor Osimhen
Spezia’s defenders are probably still having Osimhen nightmares after the frontman tormented them in Napoli’s 4-1 victory on Saturday afternoon.

The in-form frontman hadn’t scored twice in one game for the Naples outfit before the game at Stadio Alberto Picco but netted a brace and added an assist to carry his side to a deserved victory.

Nigeria’s top forward has been in brilliant form since the last international break and Saturday’s goals and assist means he’s been involved in eight goals in eight appearances since the start of April.

Napoli ended the same week in the top four and are now favorites to keep that slot with three games to play.