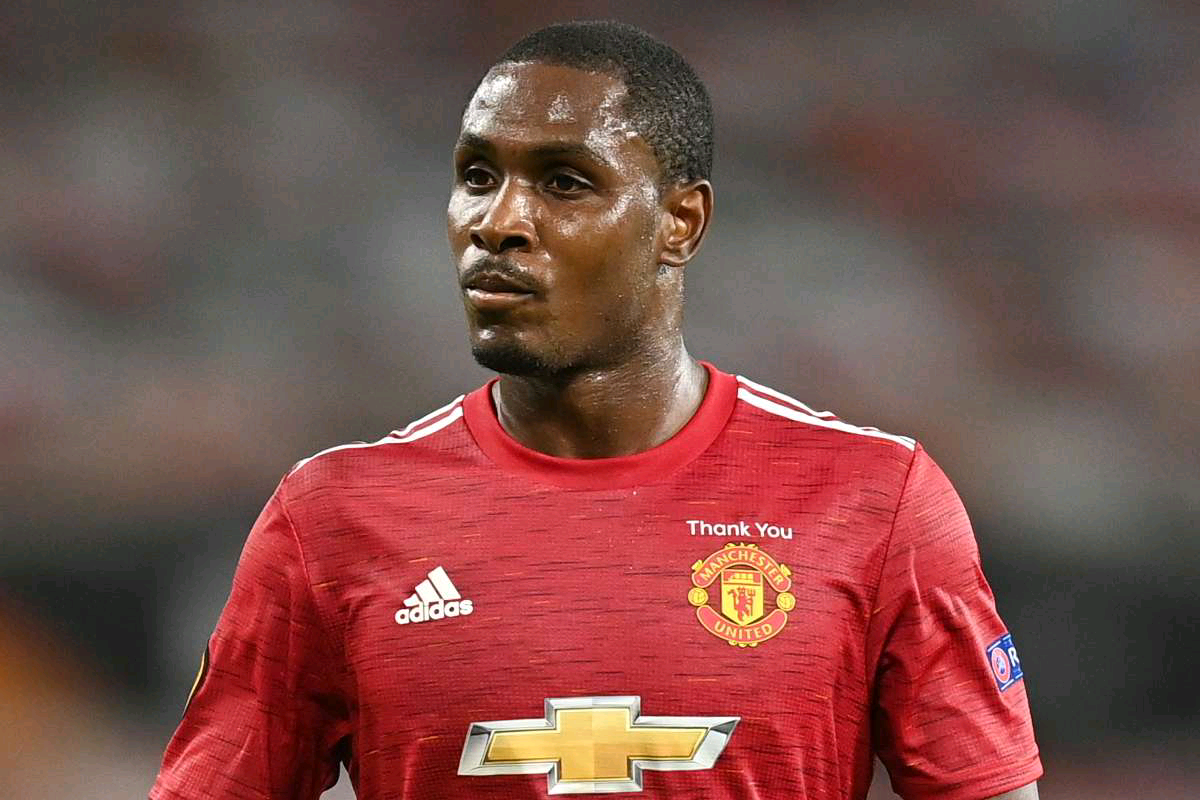 Former Manchester United striker, Odion Ighalo recently revealed his reason for leaving the club was down to lack of playing time. He however admitted that he was ‘so happy’ to represent Manchester United.

The former Watford striker’s deal was then extended in June 2020 until January this year, when he left for Saudi Arabian side Al-Shabab after scoring five goals in 23 appearances for Ole Gunnar Solskjaer’s men.

Now speaking to Sky Sports, Ighalo revealed he continues to love the club he supported as a boy ‘with all my heart’ but desired more of a role than his peripheral status at United.

Asked if he could have stayed beyond January this year, Ighalo said: ‘There wasn’t much possibility because I wanted more playing time. At my age, I want to play and not just sit on the bench and not have any minutes.

‘I didn’t just want to be there picking up a salary – I wanted to be involved so I said to my agent that if an offer comes in, I will look at it and see what’s best for me, which is what I did.

‘I’m so happy that my path crossed with Manchester United – it’s the club I love with all my heart and for all my life so playing for them was a big privilege that I do not take for granted.

No matter the circumstances that led me to leave, I will always be grateful to the coach, my team-mates, the fans, and everyone around Manchester United. After my initial loan was extended, I did not play much which was perhaps a bit unfair but as I said, I am always grateful for the opportunity.’

However, while remaining part of Ole Gunnar Solskjaer’s was not an avenue he considered pursuing, Ighalo did reveal West Ham and West Brom both made offers to keep him in the Premier League.

Yet the former Nigeria international felt he had achieved his ambitions having played for his ‘dream’ club.

‘I had good offers to stay in England, but I just didn’t think I could stay after achieving my dream of playing for the club I had supported since I was young.’

Paul Pogba is one of Ighalo’s former United team-mates who has been linked with following him out of the Old Trafford exit door this summer.

Reports at the weekend claimed United players would be devastated if he left amid continuing talk of a return to former club Juventus.

But Ighalo believes the United board must do everything within their power to keep the ‘influential’ 28-year-old France midfielder.

‘The only time he isn’t happy is when he’s not playing and I can understand that – everyone wants to play. If Manchester United have the opportunity to keep him on a new, longer deal, they should because he is so influential.’