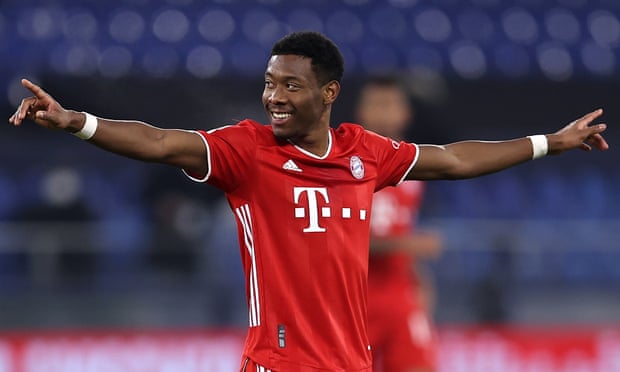 Football: David Alaba Outlines Key Demands To Any Club Interested In Signing Him

David Alaba has set his sights on joining a team willing to use him as a central midfielder this summer, according to reports.

The Austrian defender is set to call time on his 12-year Bayern Munich career at the end of the season, having reached an impasse in negotiations with Allianz Arena chiefs over a new contract.

Having played a key part in Bayern’s Bundesliga and Champions League success over the past decade, he is not short of suitors ahead of the summer transfer window.

A host of European clubs including Real Madrid, Chelsea, Liverpool, Manchester United and Paris St-Germain are said to be interested in snapping him up for free this summer

According to French publication Le Parisien, Alaba will prioritise signing for a team who intend to play him in the centre of midfield as opposed to at the back.

The 28-year-old operates primarily as a left-back, but he has also been used as a centre-back and a deep-lying midfielder by both Bayern and Austria in recent years.

Alaba has made 417 appearances in his 12-year spell at Bayern, scoring 33 goals and winning nine Bundesliga titles, two Champions Leagues and six DFB-Pokals.