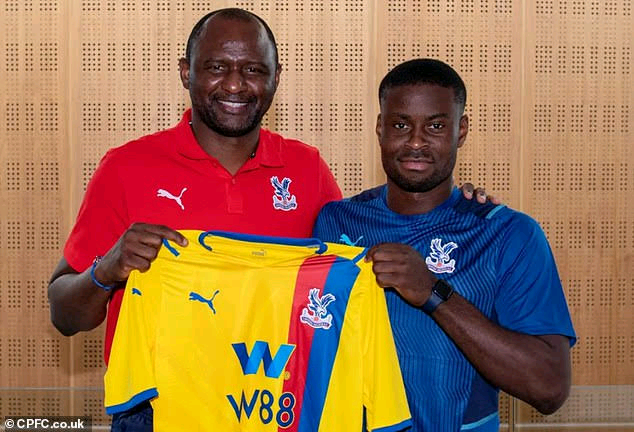 The defender has signed a five-year deal with the Eagles, joining in a deal believed to be around £20 million ($28m).

The 21-year-old came through the Chelsea youth ranks after joining the club in 2007 but made just two senior appearances for the club before making the permanent switch to Selhurst Park.

What has been said?
“I’m very excited. It’s a great opportunity for me to come to such a big club in the Premier League. I’m really excited to get going,” he told Palace’s website.

“[The club is taking] a really exciting direction with the new gaffer that’s come in. A lot of good young players are here and obviously such a stable club with top players really enticed me and made me want to come.”

Guehi’s career so far
After progressing through the youth ranks at Chelsea, Guehi to make his senior debut in the Carabao Cup clash against Grimsby, followed by a second appearance against Manchester United in the next round of the tournament,

The centre-back then spent 18 months on loan at Swansea before returning to Stamford Bridge this summer.

He made 59 appearances in all competitions for the Welsh club, helping them reach the Championship play-offs in each of the last two seasons.

He could make his debut in the Premier League against his former side as Patrick Vieira’s men start the campaign with an away game against Chelsea.