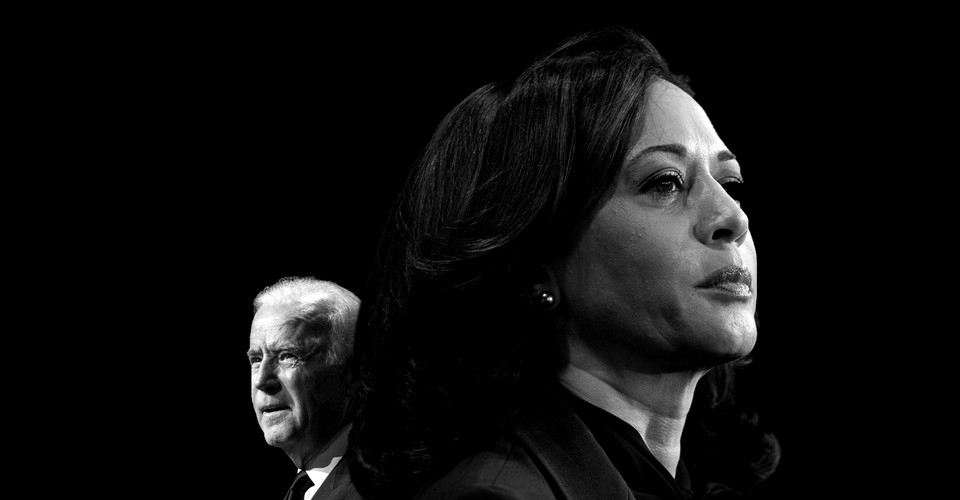 First 100 Days: Has Biden Kept His Promises To Black America?

Last week, Vice President Kamala Harris agreed with South Carolina Senator Tim Scott that the United States is not a racist country. Generations throughout history have made it plain that all our social and political systems in this country are steeped in racism.

Despite constant exploitation and oppression, Black people have bravely and brilliantly been a driving force pushing toward collective liberation — in the streets, and at the polls. In fact, as we assess the first 100 days of the Biden administration, we must remember that Black voters were pivotal in ensuring the victory of the Biden-Harris ticket.

In response to this clear demonstration of power at the polls we have seen rampant backlash.

Voter suppression laws are springing up like weeds across the country. As of March 24, legislators introduced 361 bills with restrictive provisions in 47 states. From the attempted coup at the Capitol on January 6, to laws like SB 202 and bills like HB 1 that criminalize Black dissent, this wave of restrictions and violence is a direct response to our growing power from protest lines to the ballot box.

The police have killed 335 people so far in 2021, and as the trial of Derek Chauvin ends, communities across the country are dealing with the police murders of Daunte Wright, Adam Toledo, Ma’Khia Bryant, and the violent assault of Lt. Caron Nazario.

Last June, while on the campaign trail, as uprisings around the country called for accountability in the wake of the murder of George Floyd, Joe Biden said that before committing to any action, he required further study of the issue, stating, “In the first 100 days of my presidency, I’ve committed to creating a national police oversight commission.” Despite it serving as a preliminary and marginal step, and far from the structural change that communities around the country have been demanding, the commission hasn’t yet been created.

While there was a collective sigh of relief when the verdict was read in the Chauvin trial, it’s important to remember that trials, while important, cannot be our benchmark for justice and commissions that continue to study the issues, are not enough.

Since 2005 there have only been 110 prosecutions of police officers who shot people, while police have killed 1000 people a year on average since 2014. We want more than prosecutions can provide for families and communities targeted by police. We want legislation that upends harmful systems and replaces them with programs and policies that go beyond remedying individual harms and provide true safety and well-being for our communities. The electorate is changing, and the Biden-Harris administration needs to understand and respond to these changes.

It took a Herculean lift to convict Chauvin: the largest protest movement in American history, multiple videos, dozens of witnesses and police breaking the thin blue line to testify. Communities — and the nation — cannot reasonably be expected to do that sort of organizing every time. The systems must change and we are calling for systemic solutions to systemic problems.

Echoing the call for reparations for survivors of police violence and the families of people killed by police, the BREATHE Act embodies the demands of the Vision for Black Lives to End the War on Black Communities. This legislation divests from systems of surveillance, policing and punishment, and invests in community health, safety, and economic opportunity, and in transformative approaches to violence and harm.

Black life and dignity require Black political will and power. And we have been building beautiful things. The national conversation about policing and how it impacts us has changed substantially. We’ve seen more than 20 cities reduce their police budgets since the uprisings of 2020. Thousands of people have learned about alternatives to the ballooning law enforcement budgets and some have begun to take action. Just this week, St. Louis City has imposed a hiring freeze of police officers, and city officials are discussing filling vacancies with a range of other professionals — including social workers, mental health care providers, and counselors. Over the past year, the Working Families Party helped lead a charge to elect more progressives to New Mexico’s state legislature, which resulted in the state banning qualified immunity for all government workers, including police in its most recent legislative session. And, the Party’s national criminal justice initiative has put progressive prosecutors who pledge to hold police accountable in more than a dozen counties across the country, including in Los Angeles, Philadelphia, Austin and Orlando.

Politicians often make campaign promises and then govern according to their own interests in service of maintaining their power, and the status quo. This is nothing new.

In seeking the support of Black voters, the Biden campaign made many promises in 2020. We want the administration to deliver on those promises. We are calling for nothing short of real solutions, and that means diverting funds from institutions that kill, cage, and criminalize us into individual, community, and institutional healing and repair. We are doing our part – organizing, advocating, and refusing to be lulled by insufficient or incomplete progress. It’s time for our elected officials to join us, and keep their promises.