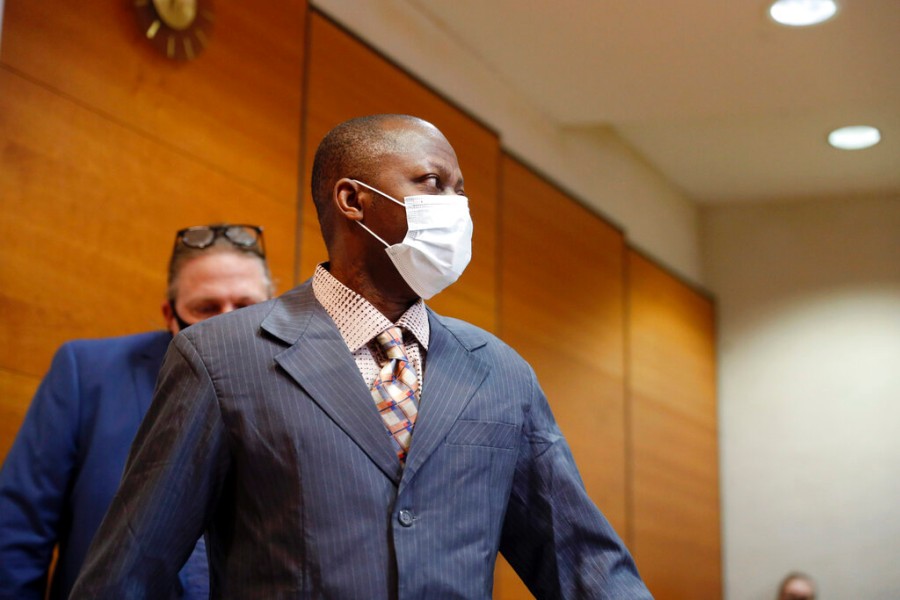 The trial of a suspected warlord Gibril Massaquoi, a former Sierra Leonean rebel commander who is accused of committing war crimes in Liberia, began on Wednesday in the Finnish city of Tampere, where he was arrested in March last year.

Gibril Massaquoi, a Sierra Leonean living in Finland since 2008, is accused of murder, aggravated war crimes and aggravated crimes against humanity during the West African country’s internal conflict a generation ago.

Mr Massaquoi, 51, who was allegedly known by the nickname “Angel Gabriel” entered the Pirkanmaa District Court shortly after 10 a.m local time, dressed in a grey pinstripe suit and a face mask. The session commenced with an official reading of the charges levelled against him by State Prosecutor, Tom Laitinen.

Massaquoi denies the charges levelled against him.

The court will also move to Liberia and neighbouring Sierra Leone in mid-February to hear testimony from up to 80 witnesses and visit sites where the atrocities are alleged to have been carried out under Massaquoi’s orders.

Prosecutors have demanded a life sentence for a grisly litany of killings, rapes and torture they say were carried out by Massaquoi and soldiers under his command between 1999 and 2003.

Life sentences in Finland mean on average 14 years imprisonment, with prisoners released after a safety review.

Court documents contend he held an “extremely senior and influential position” in the RUF, one of the main militias fighting alongside president Charles Taylor’s NPFL forces.

Finnish law can allow for the prosecution of serious crimes committed abroad.

Mr Massaquoi’s defence team denied the charges levelled against him. “The defence is based on written evidence,” said Kaarle Gummerus, his lead lawyer, in a brief response. Speaking to Finnish reporters outside the courtroom, Gummerus repeated the defence’s argument that Mr Massaquoi was not present in Liberia during the time that the crimes allegedly took place.

Mr Massaquoi is a former high-ranking officer of the Revolutionary United Front (RUF) but was not prosecuted for his role in Sierra Leone’s civil war, because he was an informant of the United Nations-backed Special Court for Sierra Leone (SCSL). He was instrumental in the SCSL’s convictions of other former RUF commanders and former Liberian President Charles Taylor, who is now serving a 50-year sentence for aiding and abetting war crimes in Sierra Leone. In 2006, Finland signed a law allowing the placement of SCSL informants in the northern European country. Mr Massaquoi arrived in 2008, and settled in Tampere, Finland’s third largest city, some two hours away from the capital Helsinki, according to a report by public broadcaster YLE.

In 2018, an investigation into his alleged crimes was launched by Finland’s National Bureau of Investigation (NBI). Civitas Maxima, a victims’ group based in Switzerland, and Global Justice and Research Project (GJRP), based in Liberia, had hinted the NBI about Massaquoi’s alleged crimes on the Liberian soil. He was arrested in March last year and indicted on January 25 this year. NBI said it interviewed several witnesses in Liberia and Sierra Leone, who it says will testify in the West African nations later this month.

Observers are eager to hear the witnesses of both the prosecutor and defence and how the narratives would play out.