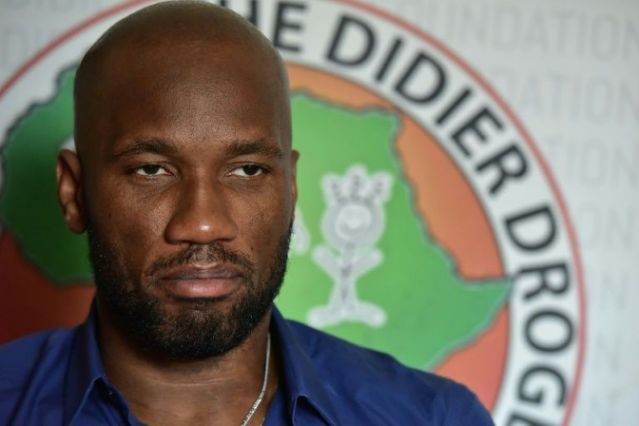 FIFA Steps In As Drogba Appeals The Invalidation Of His Candidacy By The Ivorian FA!

Following the invalidation of Didier Drogba’s candidacy for the presidency of the Ivorian Football Federation by its electoral commission, the Chelsea legend turned to FIFA, who suspended the process and appointed a committee to investigate.

As analysts have observed, the quest to replace Sidy Diallo, the outgoing president of the federation, is becoming sour, as clashes of interest have marred the smooth flow of the process.

On August 26, the electoral commission of the FIF rejected the candidacies of Didier Drogba and Paul Kouadio Koffi, and validated those of Sory Diabaté, vice president of the Federation and president of the Professional Football League, and Idriss Diallo, former number two of the FIF.

While FIFA has suspended the process, some people in Drogba’s faction say they are not surprised by FIFA’s actions, citing corruption in the FIF.

“We are not even surprised by this decision,” said Eugène Diomandé, an influential member of the ex-Ivory Coast captain’s campaign team. “The electoral commission is nothing more than a inside clique, putting forward false reasons to invalidate Didier Drogba’s candidacy, in contravention of the electoral code.”

The Ivory Coast Football Federation had said that some sponsorships of the former Marseille and Chelsea striker – for example Drogba’s sponsorship of the Africa Sports of Abidjan Division 1 club, and that of the body that oversees referees, AMAF-CI – would not be admissible.

Drogba and his team, instead of filing an apeal, tabled the matter before FIFA.

“What’s the point? To file an appeal would be to recognize the authority and competence of this committee. But we don’t recognize it,” Diomandé said.

“Everything is done so that Didier Drogba is not a candidate, because those who organize these maneuvers know very well that he has a very good chance of being elected,” adds the businessman and president of Séwé Sport de San-Pedro, a first league team in Cote d’Ivoire.

FIFA has set up a committee and have launched an investigation into the issue. The body said it would intervene if necessary to ensure that the electoral process complies with the statutory and regulatory requirements of FIFA applicable to all its member associations.

Drogba’s team, however, are optimistic that the candidacy of their man (who happens to be the fans’ favourite) will be upheld after FIFA’s investigations.