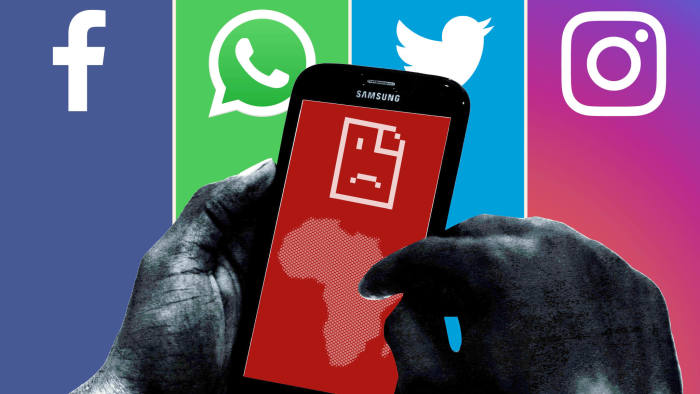 Facebook has condemned the culture of internet shutdowns and social media blackout in Africa, especially those experienced in Tanzania, Chad, Ethiopia and Uganda between January 2020 and February 2021, terming them counterintuitive and a violation of human rights in the digital age.

The social media giant’s East Africa Spokesperson Janet Kemboi decried how internet blackouts in Africa have disrupted access to services like Facebook, Instagram and WhatsApp, hurting democracy in the process and contravening freedom of speech and expression.

“We strongly oppose shutdowns, throttling, and other disruptions of the internet. We are deeply concerned by the trend towards this approach in some African countries. Even temporary disruptions of internet services have tremendous, negative human rights, economic and social consequences,” Ms Kemboi told the Nation.

Facebook said connectivity and access to internet-based apps and services can aid governments in times of crisis but wondered why some African countries were doing the exact opposite.

“Similarly, the internet– social media and messaging services in particular–helps people know whether their families and friends are safe in the aftermath of natural disasters and other crises. This reduces panic,” the company said in a statement.

How does internet shutdowns work?

A government can restrict access by ordering internet service providers (ISPs) to limit access to their subscribers.

Initially, this is likely to be a block on commonly-used social media sites.

As a more extreme measure, the authorities can order service providers to block all internet access.

In Uganda, for example, online users first reported facing difficulties accessing some apps and some sites.

The government then issued an order to service providers to block social media platforms, then told them to block all internet connectivity on the eve of election day on 14 January.

Internet monitoring organisation Netblocks reported that connectivity had dropped dramatically in Uganda as a result.

As cases of internet shutdowns in Africa keeps rising, Ms Kemboi noted that more deleterious to the growth of Africa’s digital economy is the impediment of startup culture which largely depends on connectivity to access global markets.

“These shutdowns undermine economic activity and growth of SMEs. They bring the startup ecosystem to a standstill,” she remarked.