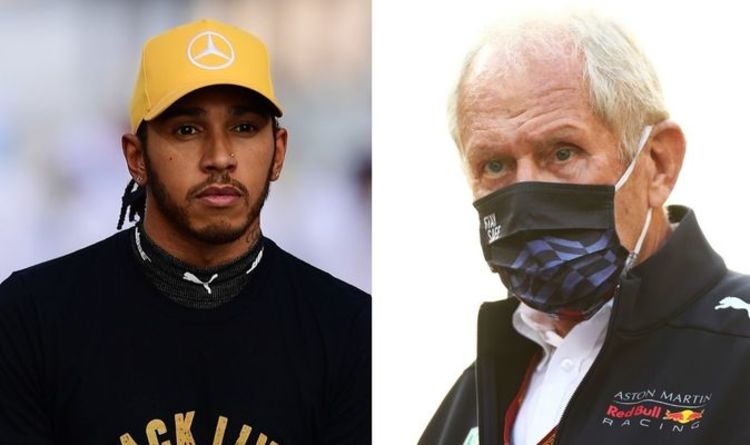 Marko told OE24 that the clash – which led to Verstappen hitting the wall at 180mph – was not a ‘racing incident’ but dangerous driving from the Brit, who was subjected to racist abuse by fans of Verstappen after the race at Silverstone on Sunday.

Title rivals Sir Lewis and Verstappen go head-to-head in the tightest race for the Formula One Drivers’ Championship in years, and Hamilton narrowed Verstappen’s lead to just eight points after winning the race with the Dutchman out.

Helmut Marko hit out at Lewis Hamilton for his role in the crash at Silverstone.

He said: ‘Such an impact with 51 G is no (joke). The fact that Max survived it shows how well trained he is. He’s back in Monte Carlo, his physio is working with him. He’s doing surprisingly well. I would have thought he couldn’t move for a couple of days.

‘Everyone saw what was going on. Does it take more than to drive the front wheel into the opponent’s rear wheel (to get a race suspension)? Hamilton would never have come around the curve with his line at this speed, it was way too far inside.

‘Max will do everything in his power to win the World Championship. But we will certainly not aim for a revenge foul or other stupidities. We won’t stoop to that level.’

Hamilton received a ten-second penalty for the incident, but that did not prove a barrier to him winning the race, with his main rival out of action.

Verstappen also criticised Hamilton on Twitter from his hospital bed but the champion defended himself.

‘I always try to be measured in battles with Max and he is aggressive. I was fully alongside him and he did not give me the space,’ Hamilton said.

Record-breaker Lewis Hamilton is the only Black driver in Formula One.