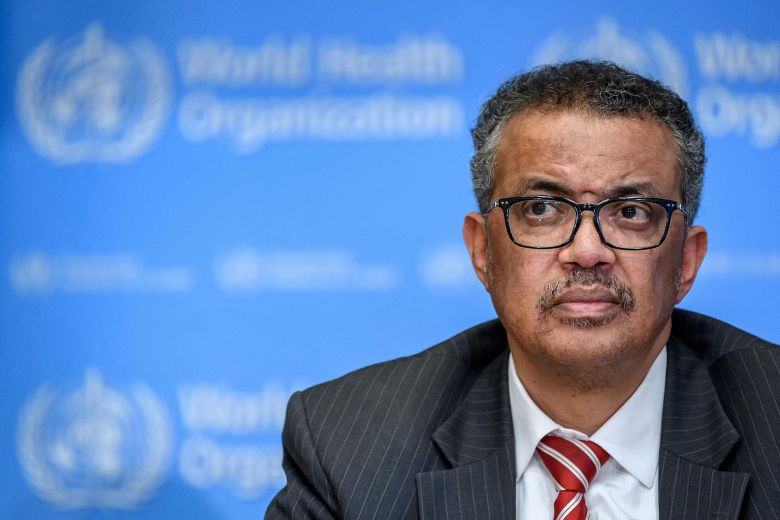 The Ethiopian-born head of the World Health Organization (WHO) Dr Tedros Adhanom Ghebreyesus has denied accusations made by Ethiopia’s army chief that he helped to procure weapons for the Tigray People’s Liberation Front (TPLF).

The TPLF is locked in a battle with federal troops.

Dr Tedros is Tigrayan and was health minister in a previous Ethiopian government, which was led by the TPLF.

“There have been reports suggesting I am taking sides in this situation. This is not true,” he wrote on Twitter.

“I want to say that I am on only one side and that is the side of peace,” he added.

He made the refutation following Gen Berhanu Jula saying in a press conference that Dr Tedros had “left no stone unturned” to support the TPLF and help get them weapons. He did not provide any evidence to support his allegations.

Since the Tigray conflict began in the first week of November, the death toll is reportedly in hundreds if not thousands, and a full-blown civil war is on the horizon, as analysts predict.

Gen Berhanu had earlier said: “We don’t expect him to stand on the side of Ethiopians and condemn these people. He has been doing everything to support them, he has campaigned for neighbouring countries to condemn the war,” said Gen Berhanu.

“He has worked for them to get weapons.”

Dr. Tedros claim to fame was when he was voted in as the head of the WHO in 2017. The spotlight was beamed on him again during the onset of the coronavirus after he was criticized by the Trump administration for working with China to withhold information about the deadly virus.

He is arguably the highest-profile Tigrayan abroad.

Meanwhile, US President-elect Joe Biden’s foreign policy aide has appealed for both sides to end the fighting, according to BBC.

“Deeply concerned about the humanitarian crisis in Ethiopia, reports of targeted ethnic violence, and the risk to regional peace and security,” Antony Blinken tweeted.

The UN’s refugee agency warns that a full-scale humanitarian crisis is unfolding.

More than 30,000 people have crossed the border from Ethiopia into Sudan.

Thousands of civilians continue to flee across the border, the UN Refugee Agency’s representative for Sudan, Axel Bisschop told the BBC’s Newsday programme.

“I spoke to a banker, some teachers, health workers, and they all say that it was too dangerous to be there… and they left by foot,” he said.

Ethiopia accuses Tigray of starting the conflict after the TPLF forces allegedly attacked a federal military base in the region. Eritrea has been accused by the Tigrayan leaders of supporting the federal troops and attacking their soldiers at the border areas. The Eritrean military has, however, denied this, although a long-standing feud remains between Tigray and Eritrea, which led to a civil war that ended in 2018.

1. The Kingdom of Aksum was centred in the region. Described as one of the greatest civilisations of the ancient world, it was once the most powerful state between the Roman and Persian empires.

2. The ruins of the city of Aksum are a UN World Heritage Site. The site, dating from between the 1st and 13th Century AD, features obelisks, castles, royal tombs and a church which is believed by some to house the Ark of the Covenant.

3. Most people in Tigray are Ethiopian Orthodox Christians. The region’s Christian roots stretch back 1,600 years.

4. The region’s main language is Tigrinya, a Semitic dialect with at least seven million speakers worldwide.

5. Sesame is a major cash crop, exported to the US, China and other countries.

NEWS/PHOTO SOURCE: The BBC contributed to this article | AFP