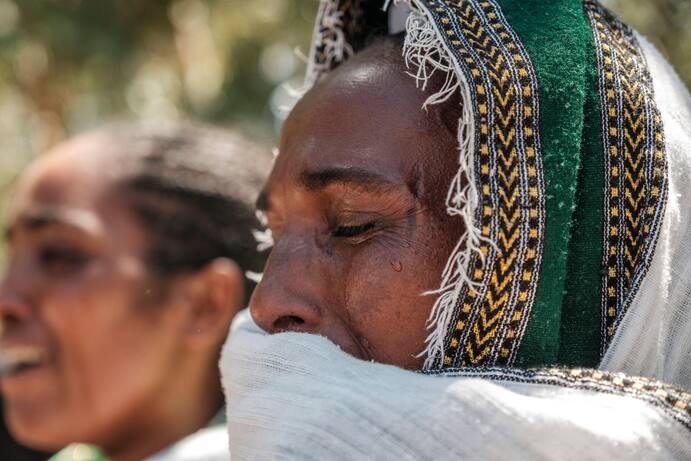 Ethiopia: US Expresses Grave Concern Over Reports Of Atrocities Against Tigrayans

The humanitarian situation in Tigray, Ethiopia, where Tigrayan people in the Amhara state of Ethiopia and neighboring Eritrea are being murdered by military forces, remains “dire,” the UN warned on Wednesday

In a statement obtained by The Hill, National Security Council spokesperson Emily Horne confirmed that Sullivan and Mekonnen discussed “critical steps to address the crisis, including expanded humanitarian access, cessation of hostilities, departure of foreign troops, and independent investigations into atrocities and human rights violations.”

“Mr. Sullivan stressed that the United States is ready to help Ethiopia address the crisis, building on our longstanding bilateral partnership and friendship,” Horne added.

The Associated Press on Wednesday published a disturbing report where Tigrayan refugees described violent atrocities, such as rapes, beatings and murders, by Ethiopian military forces. The report also notes that Tigrayan people have had their ethnic identities removed from newly issued identity cards, in what many are referring to as ethnic cleansing by the Ethiopian government.

Following the publication of AP’s report, the Ethiopian Foreign Minister released a statement calling the Tigray People’s Liberation Front a “criminal enterprise” that is “armed to its teeth.”

​The deputy UN aid coordinator in Ethiopia, Wafaa Said, also told Reuters last month that five medical facilities in the region had reported at least 516 rape cases, a statistic that most likely underrepresents the number of actual number of rapes due to the stigma linked with rape and the obliteration of health facilitiies.

“Women say they have been raped by armed actors, they also told stories of gang rape, rape in front of family members and men being forced to rape their own family members under the threat of violence,” Said said at the time.

The violence in Ethiopia first began in November 2020 after government forces cracked down against locals in the Tigray region after Tigrayan officials attempted to hold their own elections. Although the Ethiopian government has admitted that Eritrean forces, namely the Ethiopian National Defense Forces, are in the Tigray region, it has also stated that the allegations of atrocities are “slanted” and “portray the federal government as the instigator of all crimes,” The Hill reported.