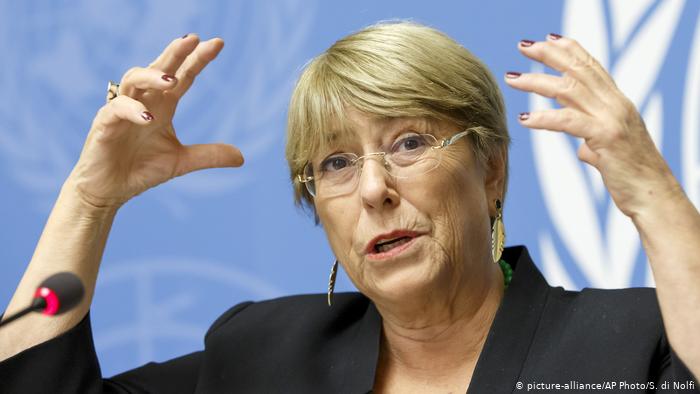 The United Nations (U.N) rights chief, Michelle Bachelet said she was concerned with the increasing reports of continued violations and executions in Ethiopia’s Tigray region.

Bachelet who made the statement said abuses had been committed by all sides in the conflict in the northern region and that there were “credible reports” that Eritrean soldiers were still there, despite a promise to leave. She added that the long-awaited joint investigation would be ready by August.

There was no immediate comment from the Ethiopian or Eritrean delegations at the U.N. Human Rights Council that Bachelet was addressing in Geneva.

In the course of investigations, Ethiopia’s government has said it will hold those who commit abuses to account and that more than 50 soldiers are on trial for either rape or killing civilians in Tigray. It has not released any details of those cases. The Ethiopian government has been fighting the region’s former governing party; Tigray People’s Liberation Front (TPLF) since November. The United Nations says some 350,000 people face famine in the region that borders Sudan as well as Eritrea.

Ethiopians went to the poll in national and regional elections on Monday, but there is no date for voting in Tigray amid the unrest.

Bachelet said there had been reports of executions of civilians, sexual violence against children and forced displacement in Tigray, as she opened a three-week session of the U.N. Human Rights Council in Geneva.

She said she expected a joint investigation with the state-run Ethiopian Human Rights Commission would conclude in August and be made public.

“The ongoing deployment of military forces is not a durable solution, and I encourage comprehensive and multidimensional dialogue throughout the country to address the real grievances held,” she added.