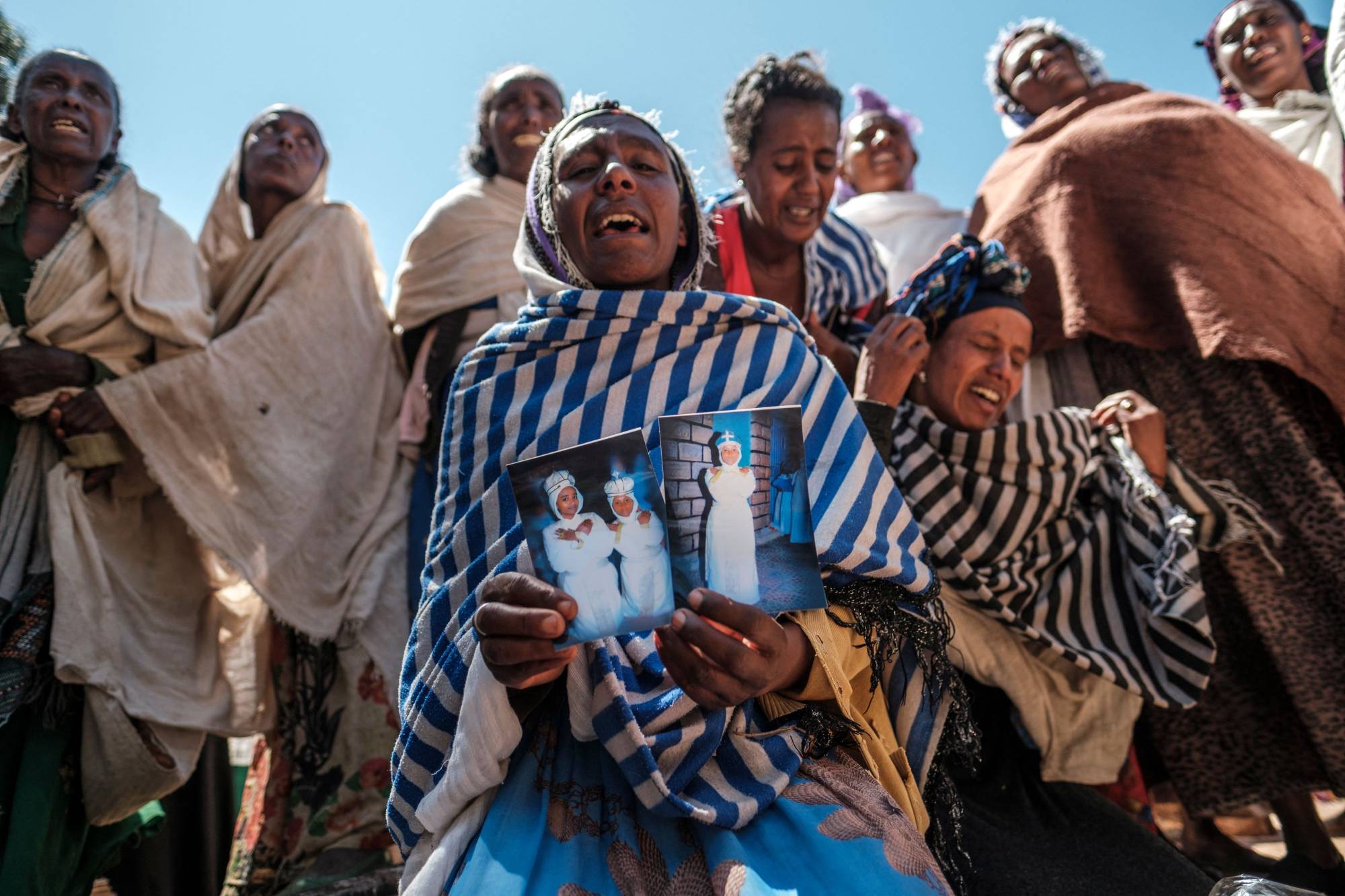 More than 100 civilians were killed by Eritrean soldiers in the city of Aksum in Tigray in November last year, the Ethiopian Human Rights Commission (EHRC) said in a report published on Wednesday.

The investigation by the independent rights group came on the heels of reports made by Human Rights Watch and Amnesty International into killings in the city, which is a UNESCO World Heritage site.

“Information collected during this preliminary investigation confirms that during the two days of November 28 and November 29, grave violations of human rights were committed and that in Axum, over one hundred residents… were killed by Eritrean soldiers,” the commission said.

“As these grave human rights violations may amount to crimes against humanity or war crimes, it underscores the need for a comprehensive investigation into overall human rights situation in Tigray region.”

The EHRC conducted a fact-finding mission to Axum, a UNESCO World Heritage site, in late February and early March after earlier attempts to reach the town were “impeded by the security situation”.

The report mentioned one instance where Eritrean soldiers went into the house of a 70-year-old man and “dragged him out” with his two sons. An eyewitness said all three of them were shot dead.

“Eritrean soldiers went door to door asking women ‘where their husbands or children were’ telling them ‘to bring their sons out if they have any,” the report said.

The report stated one pregnant woman in labour had lost a lot of blood and died because “there were not enough medical professionals and she could not get the treatment she needed”. Another two women who were brought to a nearby town for hospital treatment for injuries from heavy artillery died for similar reasons.

Corpses were left in the streets for days, some being dismembered by animals, witnesses said.

The new report comes a day after Ethiopia’s Prime Minister Abiy Ahmed admitted for the first time that neighbouring Eritrean troops had entered Tigray and indicated that they may have been involved in abuses against civilians.

Before this, Ethiopia and Eritrea had for months flatly denied the involvement of Asmara’s forces in the conflict, and described reports of their alleged atrocities in the region as misinformation and propaganda.