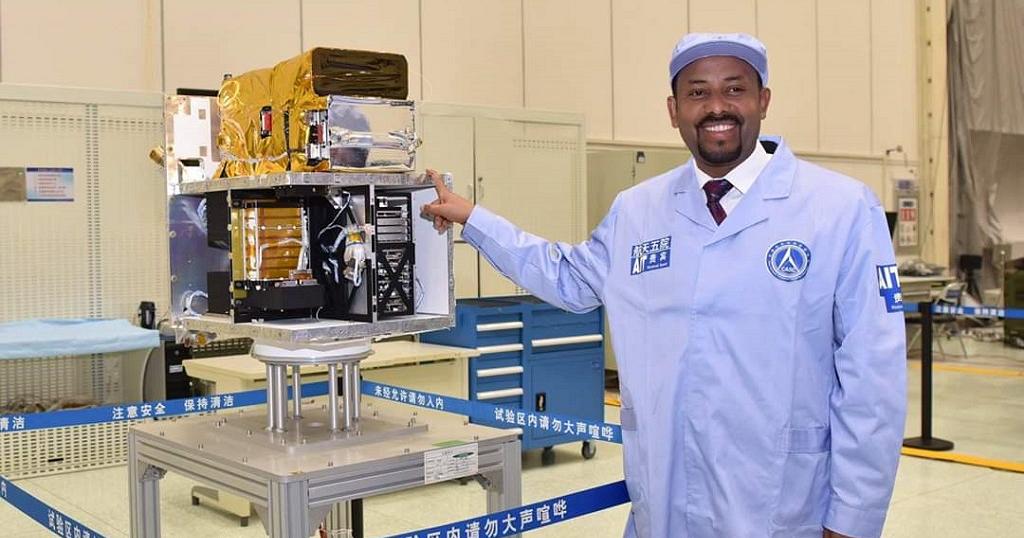 Ethiopia now owns and operates a satellite. The Ethiopian Remote Sensing Satellite-1 is the East African nation’s first satellite, built and designed by the Chinese and handed over to its Ethiopian operators, according to the China Academy of Space Technology.

During a delivery ceremony held earlier this month in Beijing with participants from both countries, Ethiopian Ambassador to China Teshome Toga Chanaka said that thanks to the Chinese government’s wholehearted support and the project team’s hard work, the Ethiopian people now own their first satellite.

Through the ETRSS-1 project, he said, Ethiopia now has a great deal of remote-sensing images to facilitate the analysis of climate change. Many Ethiopian youngsters have started learning about space activities, and some of them have become satellite operations or climate change research professionals after taking training sessions offered by China.

The space endeavor is a symbol of the nations’ bilateral strategic partnership, the ambassador said, noting that both will continue strengthening cooperation in the satellite field.

Wu Yanhua, deputy head of the China National Space Administration, said at the event that the two sides’ cooperation in the field is part of their joint effort to tackle climate change and that China will continue supporting Ethiopia’s pursuit of space capability to help with its socioeconomic development.

The Chinese Long March 4B carrier rocket launched the ETRSS-1 into space from the Taiyuan Satellite Launch Center in Shanxi province in December last year.

The satellite is equipped with a multispectral widefield imager and some other scientific devices, weighing 65-kilogram. The spacecraft is expected to work for at least two years at an altitude of around 600 kilometers to obtain multispectral remote-sensing data on Ethiopian agriculture, water resources, disaster prevention and relief, and climate change research, project managers said.

The costs of the satellite’s research, construction and launch were covered by the Chinese government, according to China Daily.

According to the academy, the satellite program’s agreement was signed by the two governments in October 2016. It also said the program has become a good example of developing countries’ cooperation in climate change.

The academy noted that in addition to the satellite and its ground control and application systems, China has also offered training sessions for Ethiopian personnel.

Ethiopian Education Minister Getahun Mekuria, who was minister of innovation and technology at the time the satellite was launched, told China Daily in an earlier interview that data obtained by the satellite would be critical for his country.

“It will be very useful in many regards, like agricultural monitoring, mineral exploration, environmental monitoring and weather forecasting,” he said.