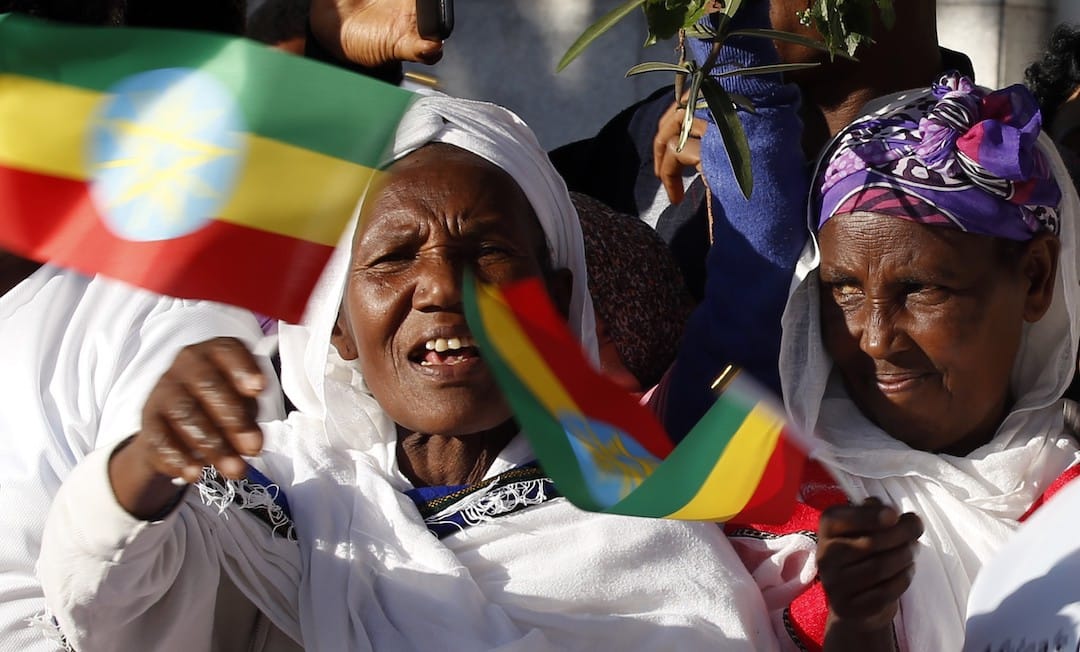 The seized the opportunity to drum support for the Ethiopian military while denouncing rebels in the country’s Tigray region.

The disputed dam has been a source of controversy with Egypt and Sudan since its building and filling began.

The project has sparked fears it could lead to a conflict between the three countries, although a peaceful resolution is what all parties involved are looking out for.

According to Africanews, the demonstration, organized by the city administration of Addis Ababa, is the first public rally after the national election held in June.

Mayor Adanech Abebe spoke at the rally congratulated Ethopians’ resolve at getting the dam refilled.

Abebe went on to show her allegiance with the military in the conflict in Tigray, saying she was “standing with and supporting our defense and security forces more than ever before.”

Ethiopia is facing internal crisis as the Ethiopian National Defense Force (ENDF) have been locked in a bloody battle with the Tigray Defense Force (TDF), the military wing of the Tigray People’s Liberation Front.

The fighting began in November 2020 after the Abiy-led government accused the TPLF of attacking a fderal military base in the region.

The government has since severed transport and communication to the region that faces the world’s worst famine crisis in a decade.

A ceasefire was declared by the federal government after eight months of conflict, as federal troops were removed from Tigray.

However, the TDF has barely honoured the deal and hostilities have reportedly resumed in the region.

The Tigrayan People’s Liberation Front was designated by the House of People’s Representatives (HoPR) of Ethiopia as a “terrorist organization.”