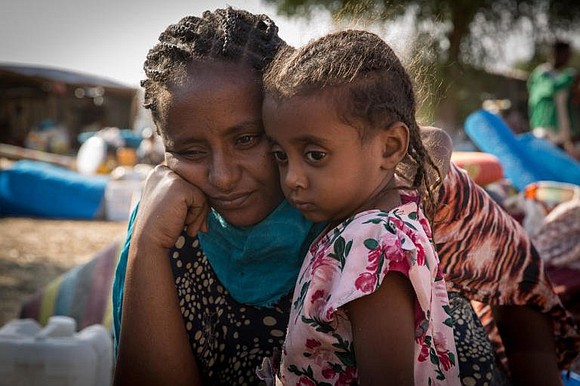 Ethiopia, Eritrea, Somalia, Djibouti: The Constant Instability In The Horn Of Africa

Over the past three decades, the Horn of Africa has acquired a bad reputation as a notoriously unstable subregion with a highly volatile socio-political framework.

Owing to its strategic positioning right at the Red Sea, foreign powers in the West, the Middle East and the Far East consistently meddle in the region’s affairs to prop up their geopolitical influence and leverage some form of control there.

Most recently, the Chinese built one of their largest military bases abroad in Djibouti, which also hosts Camp Lemonnier – the US’s largest permanent military base in Africa.

The effect of colonialism

No one can argue that the Horn of Africa was united before the Europeans arrived. However, it is important to note that the existing pre-colonial divisions were shallow and could have been easily outgrown were it not for colonialism.

After the scramble for and consequent partition of Africa, the Horn was split between the British, French and Italians. However, when it came to drawing their colonial boundaries, the region was divided based on imperial interests rather than those of the indigenous kingdoms and nations present in the region; as a result, groups that were previously united found themselves belonging to different countries or being bundled with rival tribes, kingdom and clans under one country.

This led to a situation where many tribes and clans felt out of place, and this can be directly linked to the separatist movements we saw in the region after the colonial period.

A period of relative calm came after the colonial period, but it did not take very long before the region was struck by yet another storm – the Cold War.

This cocktail of events opened room for further instability as more rebel groups with easy access to arms sought to remove these dictators. Eventually, when the Cold War ended, there was a readjustment of power, as many dictators, lacking support from their allies, were eventually toppled. However, the toppling of dictators in some instances led to power vacuums and further escalated civil wars in countries such as Somalia.

The region is carved by two competing groups:

From the early 2000s, these two groups sought to extend their influence in the region in a bid to secure their short and long term interests.

However, the competition has since escalated in the wake of the 2017 Gulf Crisis among members of the Gulf Cooperation Council (GCC) and quickly morphed into some kind of Cold War in the Gulf. Riyadh and Abu Dhabi want to maintain the status quo in the region, whereas Doha is employing the opposite strategy and agenda of the Saudi-Emirati coalition.

Following the fallout of the Gulf Crisis, Somalia’s claims to be neutral was challenged by Riyadh and Abu Dhabi. In response, the Saudis and Emirates stepped up efforts to increase their influence in Somalia, thereby weakening and uprooting their competitor Qatar. All in retaliation to Somalia’s proclaimed neutrality. This dangerous game of pitting one against the other and using instability as a currency for influence may be the beginning of another wave of instability in the region.

Ethiopia’s Grand Renaissance Dam (GERD) project is proving to be a catch-22 situation, where involved parties (Ethiopia, Egypt and Sudan) are stuck in roundabout talks and disagreements, renewing and worsening tensions between these countries.

In neighbouring Ethiopia and Djibouti, the Chinese are taking centre stage. China increased its targeted investment in infrastructure projects such as roads and railways and recently opened one of its largest overseas military bases in Djibouti. Its mere presence attracts suspicion especially from the west and hence could be an impending cause of instability in the region.