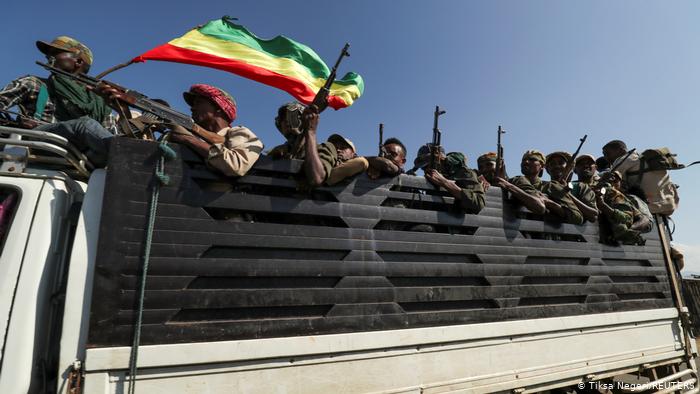 The African Union will be sending a team of mediators to Ethiopia, despite continued rejection of dialogue by Prime Minister Abiy Ahmed.

On Friday, South Africa’s President Cyril Ramaphosa appointed a team of ‘Distinguished Statespersons’ to help end the conflict that has raged for the last two weeks as Ethiopian forces battle the Tigray People’s Liberation Front.

A statement from the Chairperson’s Office on Friday night indicated that the three leaders will try to have the TPLF and the government of Prime Minister Abiy Ahmed discuss the issues rather than fight, as part of AU’s own initiative to ‘silence the guns.’

“The enviys will travel to Ethiopia with a view to helping to mediate between the parties to the conflict in the sister Federal Democratic Republic of Ethiopia.

“The primary task of the Special envoys is to engage all sides to the conflict with a view to ending hostilities, creating conditions for an inclusive national dialogue to resolve all issues that led to the conflict, and restoring peace and stability in Ethiopia.”

The move seemed to be against the grain as pushed by Ethiopia the whole of this week. Prime Minister Abiy Ahmed sent envoys to countries in the region, asking for support against the TPLF. His envoys, Deputy Prime Minister and Foreign Minister Demeke Mekonnen and National Security Advisor Gedu Andargachew toured Kenya, Uganda, Djibouti, Sudan and the Democratic Republic of Congo to defend the military onslaught and portray the TPLF as criminals who had escaped justice.

While all the leaders said the matter was largely an internal affair, they called for peaceful resolution to the conflict.

On Friday, Mr Ramaphosa met with Ethiopian President Sahle-Work Zewde, Dr Abiy’s latest envoy on the shuttle diplomacy. Ramaphosa did say the continent was concerned the country which hosts the AU headquatres and one of Africa’s oldest nations was sliding back into war.

“The ongoing conflict is a matter of concern not only for countries in the region of the Horn of Africa but for the continent as a whole,” Ramaphosa said in a statement.

Ethiopia on November 4 launched a military offensive on the TPLF, once Ethiopia’s ruling party but now ruling the northern region of Tigray, after Dr Abiy accused the Front of attacking a camp run by the Ethiopian National Defence Forces.

While both sides have claimed victory in the battlefront, the fight has seen at least 40,000 people flee Tigray into neighbouring Sudan. Ethiopia said on Friday it had captured Axum, days after it said it had taken control of Shire, both in Tigray region. But the area has been under communication blockade making it difficult to verify any claims.

Leaders from Kenya, Uganda, Rwanda, DRC, Sudan and Djibouti have all called for a peaceful resolution of the conflict, but refrained from directly calling for dialogue. On Thursday, Tibor Nagy, the US Assistant Secretary for Africa said the international community would push for peace, rather than immediate dialogue given the strong stances by either side.

“Our goal is a quick end to the conflict, restoration of peace, protection of civilians. At a point where mediation will become useful, i.e. that the two parties indicate an interest in mediation, you can bet that the United States would be there in an instant,” Nagy told journalists on Thursday.

“Anybody who has worked with these two sides I think can appreciate the fact that they have very, very strong opinions on what they want to do and when they want to do it. Mediation is not the goal. Resumption of peace is the goal.”

It remains to be seen whether Premier Abiy will agree to sit at a table with the TPLF which he considers a militia group.

Story originally published by the Nation