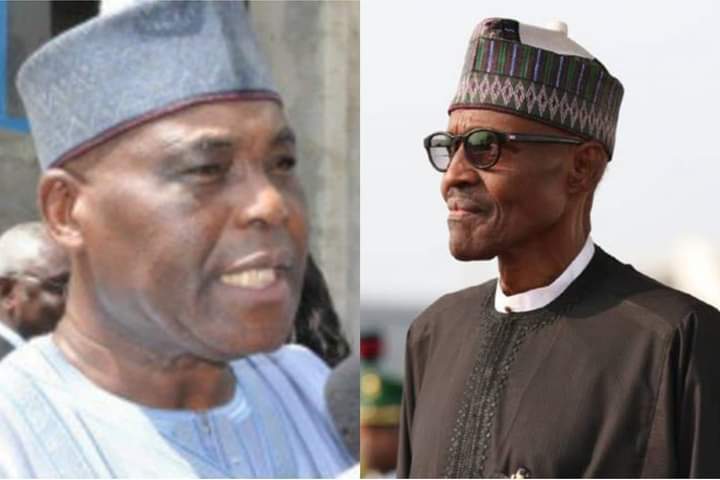 Raymond Dokpesi, the founder of DAAR Communications Plc, has warned the Federal Government of Nigeria to brace up for more #ENDSARS protests.

Dokpesi said as long as impunity and injustices remain in the system, Nigerians, especially the youths, will continue to demand good governance.

He spoke on Wednesday when he led the management of DAAR Communications to Vintage Press Ltd, publishers of The Nation over the recent attack on its facilities in Lagos headquarters.

He advised the Federal Government to release detained members of the #EndSARS movement and unfreeze their accounts.

Dokpesi described #EndSARS as the beginning of a long struggle to appraise and restructure the country.

He said, “A lot of impunity has happened in a very recent time. Nigeria has never been as divided as it is today. People have lost faith and confidence in the ability of Nigeria to remain as one united country.

“So, the time is fast approaching but we pray that God will raise a crop of Nigerians, who still believe strongly in the unity, progress and development of this country. Those who can sacrifice because the people who are supposed to be our servants – public servants, civil servants – have become our public masters.

“Until we re-orientate the people that public service is service to our people that we are in the office to contribute to the well-being and good of our country, then, the #EndSARS has just started. It has emboldened quite a lot of people. There is nothing to be hidden anymore.

“It shows that the government doesn’t have respect for anybody – either for our children or for us. They have used our father’s time; they used our own time; they want to use our children’s time. It must stop! It is not in the interest of anybody to continue to hunt these children while keeping their own children safe.

“My own children and your own children, and the children of everybody that went out to protest were not armed.

“It was those that are in government that invited hoodlums to chase them out of the streets. We saw them with sticks in all parts of Abuja and in the northern part of the country. If the government loves itself, it should be advised to stop and release everybody (the protesters). All those youths that have their accounts closed, they should open them immediately and allow them to go.”