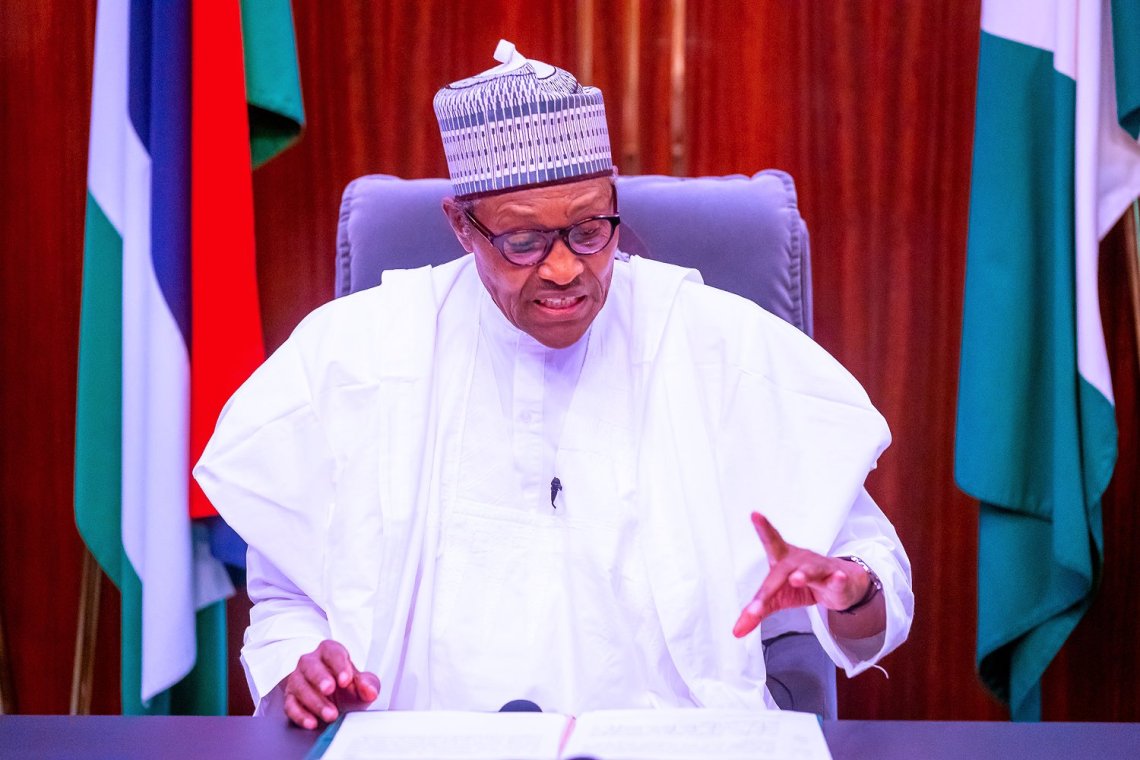 The following news as reported by Premium Times

According to details of the order, the request, filed by the apex bank on October 20, was granted by Justice Ahmed Mohammed.

Also, Gatefield Nigeria Limited, owners of Gatefield Co, an advocacy group that supported the media coverage of the protest by providing funds to journalists, had its Access Bank account frozen.

The court directed the banks to freeze forthwith all transactions on the 20 accounts on the list annexed to the CBN’s application as Exhibit A and all other bank accounts of the defendants and respondents for a period of 180 days pending the outcome of investigation and inquiry currently being conducted by the Central Bank of Nigeria.

A constitutional lawyer and activist, Inibehe Effiong, described the action of the federal government as an act of hypocrisy.

“The government gave the impression that it wants to attend to the demands of the protesters. The President and the Vice president pleaded with the young people to suspend the protest and called for a dialogue. For us to now see the same government arresting people, freezing accounts…”

“For me, what the CBN Governor has done is embarrassing and he has to explain why he did that. As far as I’m concerned, they are only pushing people further to the wall,” the lawyer said.

Mr Effiong also condemned how the President Muhammadu Buhari-led administration has continued to clampdown on the citizens’ rights.

PREMIUM TIMES reported how peaceful protesters were attacked and arrested by the police on Friday in Abuja. They were later remanded in custody by a court.

Also, one of the #EndSARS protesters was barred from travelling outside Nigeria earlier this week and had her passport seized.

In his reaction, another lawyer, Nkem Okoro, stated that the controversial order to freeze bank acc “By this order, the courts have breached one of the twin pillars of natural justice, which is, “hear the other side of the case”. It is also very unfortunate that such an order that will subject the citizen to further economic hardship would be given ex parte in view of the current state of affairs in the country,” Mr Okoro told PREMIUM TIMES.

According to him, except where there are statutory provisions otherwise, one fundamental consideration before a court can make or grant an ex parte application, is “balance of convenience.”

“If the court had balanced the convenience prior to the grant of the order, such an order ought not to have been granted in the first instance.

“Our institutions should be neutral and independent of the executive arm of government. What the CBN governor has done is morally and legally wrong. The affected parties should go to court and challenge the orders made as such orders infringe upon their rights to fair hearing as provided for in section 36(1)of the 1999 Constitution as amended,” he restated.

In a similar vein, the Executive Director of the Brain Builders Youths Initiative, Abideen Olasupo, posited that the move by the CBN is a threat to democracy.

“Our democracy is severely threatened. This is unacceptable. It is a disgrace that a country like ours is not allowing democracy to thrive. What It means is that I cannot hold the government accountable as a young person.”

The CBN should undo the misdeed by unfreezing the accounts affected, Mr Olasupo said.

For Hassan Soweto, an activist and member of Socialist Party of Nigeria (SPN), the repressive attacks on the protesters should be repelled by organisations and unions across the country.

“It is important that organisations, particularly trade unions, socialists’ groups, professional bodies and civic groups ought to stand up to condemn all of these actions. Because when it is not condemned, the regime will become more brutal.”

Mr Soweto feared that the actions of the government is an indication of a rebirth of dictatorship in Nigeria.

“This is a sign of the creeping dictatorship. Because what that order means is that there is no pretence anymore. This regime does not want any enjoyment of rights and freedom. This is clearly a throwback of the days of military dictatorship where similar actions are taken against any perceived opposition.”

Meanwhile, another activist based in Osun State, Dunsin Olowolafe, said the actions of the government will strengthen the protesters rather than discourage them.

“In the process of what the government might see as crushing the forces of revolution against the possibility of another mass protest just like the EndSARS, unknowing to it, it might yet be accelerating the journey to its final days by repressing the voice of a popular cause.”

“This method of repression from government authorities/institutions are not new, however I cannot but keep asking myself if they never learn from history. And, let’s assume history is too far a scope. The Recent EndSars protest is a good example to show that repression does not deter a determined people. Rather, it motivates them to do more.

“One would be expect a government that is aiming to avoid such a scenario as the EndSars to put more efforts into bettering the governance system, rather it deposits its strength into violating people’s right – which in itself is a justification of the protest in the protest and will be a justification for future protests – as long as bad governance persists.”