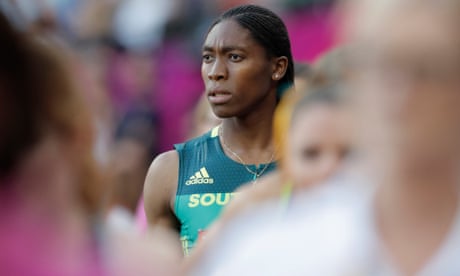 South African athlete Caster Semenya will not be going to the Tokyo Olympics, as she again failed to achieve the Olympic qualifying time for the women’s 5000m when she finished fourth at a meeting in Liege.

Even if she had qualified, she would not have been included in South Africa’s team for the Tokyo Games because Semenya had missed the deadline for Olympic entries, which was on Tuesday, and they were told by governing body World Athletics that no exceptions would be allowed.

On Wednesday, she ran 15:50.12, and was some 45 seconds behind winner Aberash Minsewo of Ethiopia.

“We did double check with World Athletics about the deadline and it was cast in stone. There would have been no special grace for Caster,” Athletics South Africa spokesman Sifiso Cele said.

The two-time Olympic champion has been barred from defending her 800-meter title and from running in events from 400 meters to one mile at top track under World Athletics’ testosterone rules.

She has refused to bow to those rules and take medication to lower her natural testosterone levels, calling the regulations unfair and discriminatory.

Semenya has refused to up on getting the rules overturned in court.

She said in February she was challenging the testosterone policy at the European Court of Human Rights in her third legal appeal.

Semenya has previously lost court cases against World Athletics at the Court of Arbitration for Sport and at the Swiss supreme court.