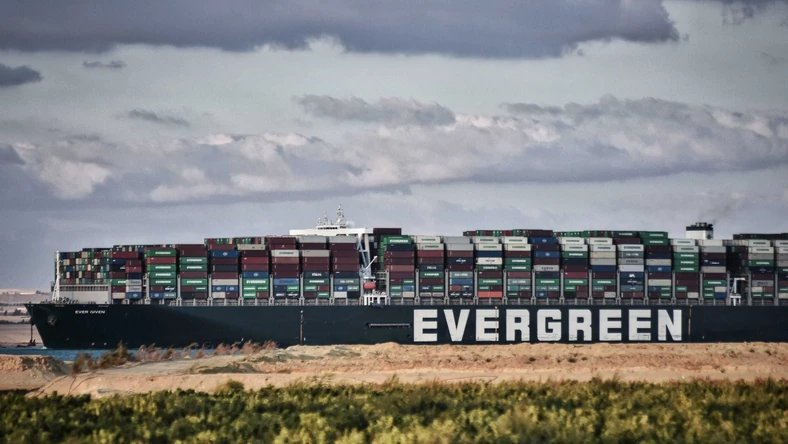 Egypt Seizes The ‘Ever Given’, Demands $900M As Compensation

Egypt Suez Canal Authority on Tuesday said it has seized the Ever Given, the mega container ship that blocked the waterway for nearly a week, on an Egyptian court’s orders till the vessel’s owners pay $900 million as compensation, reported AFP.

According to the canal authority, Egypt also lost between $12 and $15 million in revenues daily due to the blockage, AFP reported.

Maritime data company Lloyd’s List said the blockage held up cargo approximately worth $9.6 billion between Asia and Europe each day it was stuck.

The Japanese-owned MV “Ever Given, with its 25-member Indian crew, was seized due to its failure to pay $900 million” compensation, Suez Canal Authority chief Osama Rabie was quoted as saying by Al-Ahram, a state-run newspaper.

Rabie said that the compensation was calculated on the basis of the “losses incurred by the grounded vessel” along with “the flotation and maintenance costs”.

The salvage efforts and the grounding of the ship had also resulted in damage to the canal itself, according to reports.

An unidentified official told AFP that the negotiations related to damages for the blockage caused by the vessel were under way between its owners, Shoei Kisen Kaisha, insurance companies and the authorities of the waterway.

On Tuesday, UK Club, the protection and indemnity insurer for the Ever Given, said that they have questioned the basis of the compensation claim, reported CNN. “Despite the magnitude of the claim which was largely unsupported, the owners and their insurers have been negotiating in good faith with the SCA [Suez Canal Authority],” the UK Club said in a statement. “On 12 April, a carefully considered and generous offer was made to the SCA to settle their claim.”

The statement said that the Suez Canal Authority has not given a detailed justification for its claims, which includes $300 million (nearly Rs 2,256 crore) for a “salvage bonus” and the same amount for “loss of reputation”.

“The grounding resulted in no pollution and no reported injuries,” it said. “The vessel was re-floated after six days and the Suez Canal promptly resumed their commercial operations. The claim presented by the SCA [Suez Canal Authority] also does not include the professional salvor’s claim for their salvage services which owners and their hull underwriters expect to receive separately.”

The 400-metre-long ship got stuck in the Suez Canal on 23 March and was refloated on 29 March after efforts made by international salvage experts and Egyptian personnel.