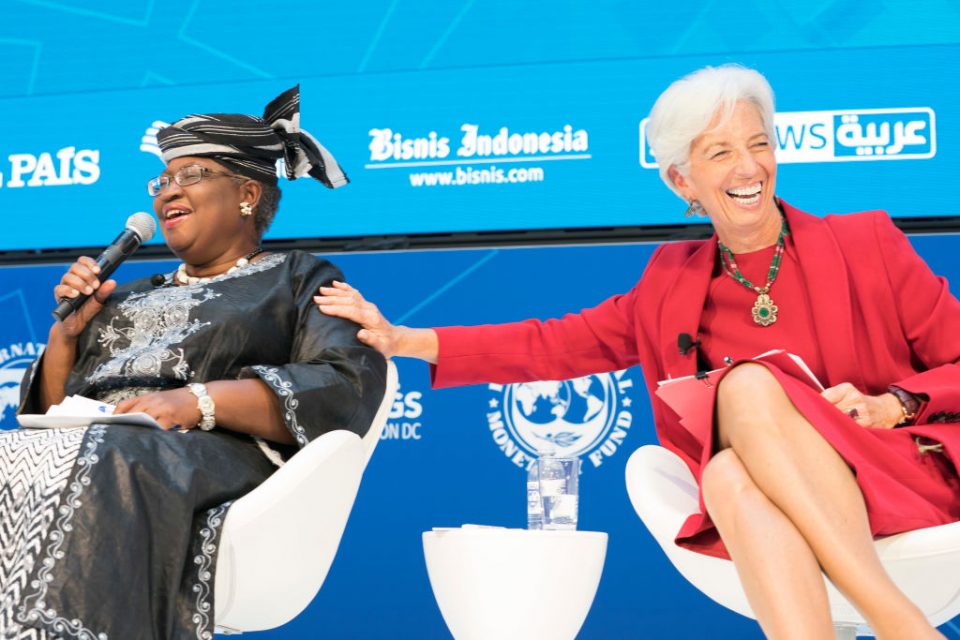 Nigerian youths are in celebratory mood after Ngozi Okonjo-Iweala overcame a six-month-long hurdle to become the new DG of the World Trade Organization (WTO).

The #BeLikeNgoziChallenge hashtag has been trending on Twitter since last night, as Nigerian female youths imitate the appearance of the WTO boss who is often seen wearing African Ankara clothing: a fashionable gown and head-tie with rimless eyeglasses to match, coming off with a pleasantly no-nonsense look.

A cross-section of the imitations below:

Okonjo-Iweala has served as Nigeria’s finance minister and spent 25 years at the World Bank, where she rose to the number-two position of managing director. She is a member of the Twitter advisory board, and recently completed her 5-year tenure as the board chair of GAVI – Global Alliance for Vaccines and Immunizations.

Her appointment was confirmed on Monday by the leading international trade body, making her the first African and first woman to lead the organisation.

Okonjo-Iweala’s journey to the WTO was initially blocked by the Trump administration, who threw its weight behind her last opponent, South Korea’s Trade Minister Yoo Myung-hee. However, the Biden administration gave their support to the Nigerian icon, helping expedite her appointment.

The international trade body seeks a proactive and actionable leader, as it looks to resolve a bulk of trade disagreements, especially between the US and China.

Okonjo-Iweala remarked she was capable of the task, calling herself a “reformer.”