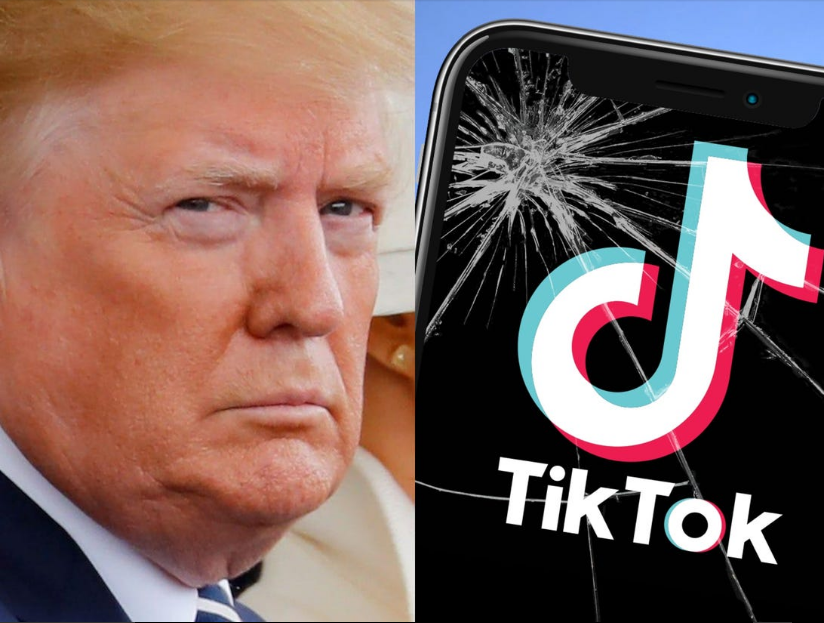 Donald Trump Says Chinese-Owned App, TikTok, Is Getting Banned In The U.S.!

Authorities in the US have criticized the Chinese ownership of the app, raising concerns about the censorship of videos, including those critical of the Chinese government, and the potential for sharing user data with Chinese officials.

“As far as TikTok is concerned, we’re banning them from the United States,” Trump told reporters Friday on Air Force One as he returned from Florida.

Trump’s comments came after published reports that the administration is planning to order China’s ByteDance to sell TikTok. There were also reports Friday that software giant Microsoft is in talks to buy the app.

TikTok has become a huge threat to Facebook, Instagram, and Snapchat – American-owned apps with same features as TikTok.

Trump said he could use emergency economic powers or an executive order to enforce the action, insisting, “I have that authority.” He added, “It’s going to be signed tomorrow.”

Bytedance, a Chinese-owned firm, bought Musical.ly Inc. in 2017 and merged it with TikTok, creating a popular and fast-growing social media hit globally, with tens of millions of users in the U.S, and hundreds of millions of users globally. TikTok is the first Chinese app to make such inroads into the United States.

Already, U.S. military have been banned from using TikTok on government used phones.

China has repeatedly been accused of hacking and stealing of private information in the U.S. and around the world. It is on this note that the U.S. has become wary of TikTok, and taking steps to reduce its influence on US citizens.

In response, TikTok executives maintain it doesn’t censor videos based on topics sensitive to China and it would not give the Chinese government access to U.S. user data even if asked.

In a move to demonstrate its genuineness and distance from Chinese officials, the company has hired a U.S. CEO, who was a former top Disney executive.