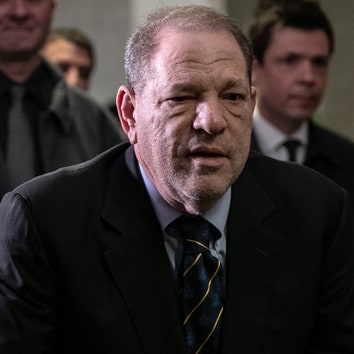 USA- Lawyers of the disgraced Hollywood producer, Harvey Weinstein, on Monday filed an appeal against his conviction for rape and another sex crime.

Weinstein, 69, was convicted last year in the case which grew out of allegations that sparked the #MeToo movement. He is serving a 23-year prison sentence.

His lawyers in a court filing laid out seven grounds for overturning the conviction of the producer of films such as “Pulp Fiction,” “Shakespeare in Love,” and “Gangs of New York.”

They include the claim that Weinstein was denied his right to be tried by an impartial jury when the trial judge, James Burke, denied his challenge to bar a prospective juror who had written an autobiographical book about “the predations of older men against younger women, and who lied about the substance of the book during” jury selection.

Defense lawyers also argued that Weinstein was denied his right to a fair trial because jurors were allowed to hear claims of serious sexual misconduct by him that were not the subject of the specific charges he faces, and that defense experts were improperly barred from testifying on the subject of memory of sexual events.

And, the lawyers argued, Weinstein received “a sentence that was harsh and excessive.”

The appeal argues that some of the women who gave evidence should not have been allowed to testify.

Weinstein’s lawyers also took issue with one of the jurors.

They said one of the people who found the producer guilty had written an autobiographical book “about the predations of older men against younger women”, and argued it proved they were biased against him.

The appeal is filed in the Appellate Division in Manhattan Supreme Court.

“We have filed a 166-page brief, outlining several serious mistakes made during the course of the trial,” Weinstein’s appellate lawyer Barry Kamins said in a statement to CNBC.

“We are confident that the Appellate Division will find these issues serious enough to require a reversal of the conviction,” Kamins said.

Weinstein argued that the third-degree rape charge should be dismissed because the alleged misconduct occurred too long ago, and a new trial should concern a single count of first-degree criminal sexual act.

According to Reuters, even if his conviction were overturned, Weinstein still faces charges including forcible rape in Los Angeles involving five alleged victims from 2004 to 2013. Weinstein faces up to 140 years in prison if convicted in that case.

In September, Weinstein was stripped of his Order of the British Empire (CBE) honour.