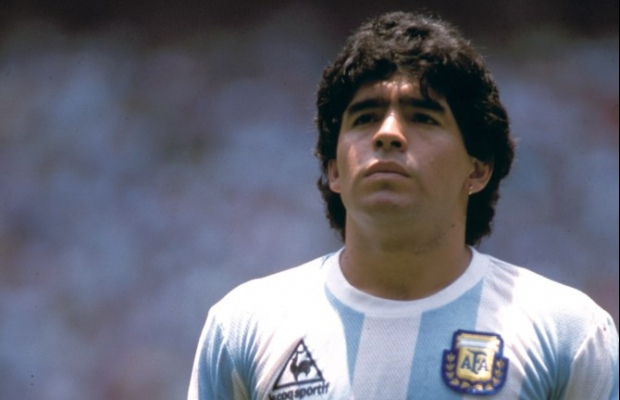 Diego Maradona, the World Cup-winning Argentinian superstar, has died at the age of 60 from a heart attack. He was recovering at his home in Tigre after undergoing brain surgery at the start of November.

The Gimnasia coach had been hospitalised at the start of November, days after celebrating the landmark birthday, after complaining of low spirits and fatigue.

Tests at the La Plata clinic revealed a blood clot on the brain, which doctors later revealed was operated on successfully.

The office of Argentina’s president will decree three days of national mourning because of Maradona’s death on Wednesday, and the Argentine soccer association expressed its sorrow on Twitter.

Maradona was the fifth of eight children who grew up in a poor, gritty barrio on the Buenos Aires outskirts where he played a kind of dirt-patch soccer that launched many Argentines to international stardom.

In 2001, FIFA named Maradona one of the two greatest in the sport’s history, alongside Pele.

“Maradona inspires us,” said then-Argentina striker Carlos Tevez, explaining his country’s everyman fascination with Maradona at the 2006 World Cup in Germany. “He’s our idol, and an idol for the people.”

Maradona retired at the age of 37 and a sterling football career, which saw him almost singlehandedly win the World Cup for his country in 1986, was smeared with cocaine related issues. He admitted to a cocaine habit which saw him booted out of the 1994 World Cup.

He was hospitalized in a near death scenario in 2000 and again in ’04 for heart problems blamed on cocaine, he later said he overcame the drug problem. Cocaine, he once said famously, had proven to be his “toughest rival.”

However, more health problems followed, despite a 2005 gastric bypass that greatly trimmed his weight. Maradona was hospitalized in early 2007 for acute hepatitis that his doctor blamed on excessive drinking and eating.

He was made coach of the Argentine national team but was ousted after Argentina failed to make it to the final of the 2010 World Cup. He later picked a job with United Arab EMirates Al Wasl.

Maradona began his professional career with Argentinos Juniors at the age of 16 and went on to be considered one of the greatest players ever to step onto a football field.

The diminutive left-footed forward went on to represent Boca Juniors, Barcelona, Napoli, Sevilla and Newell’s Old Boys as a player, and the likes of Racing Club, Dorados, Gimnasia and the Argentina national team later as a coach.

It was with the Albiceleste that his name was immortalised – when he won the World Cup for his country.

The Argentina No.10 scored twice to take down England in a 2-1 victory, the first goal scored with his infamous ‘Hand of God’ and the second after dribbling around several opponents in what would soon be dubbed the ‘Goal of the Century’.

Football players and legends around the world have poured in their respects and candle night services have been held.

The beautiful game has lost a hero.