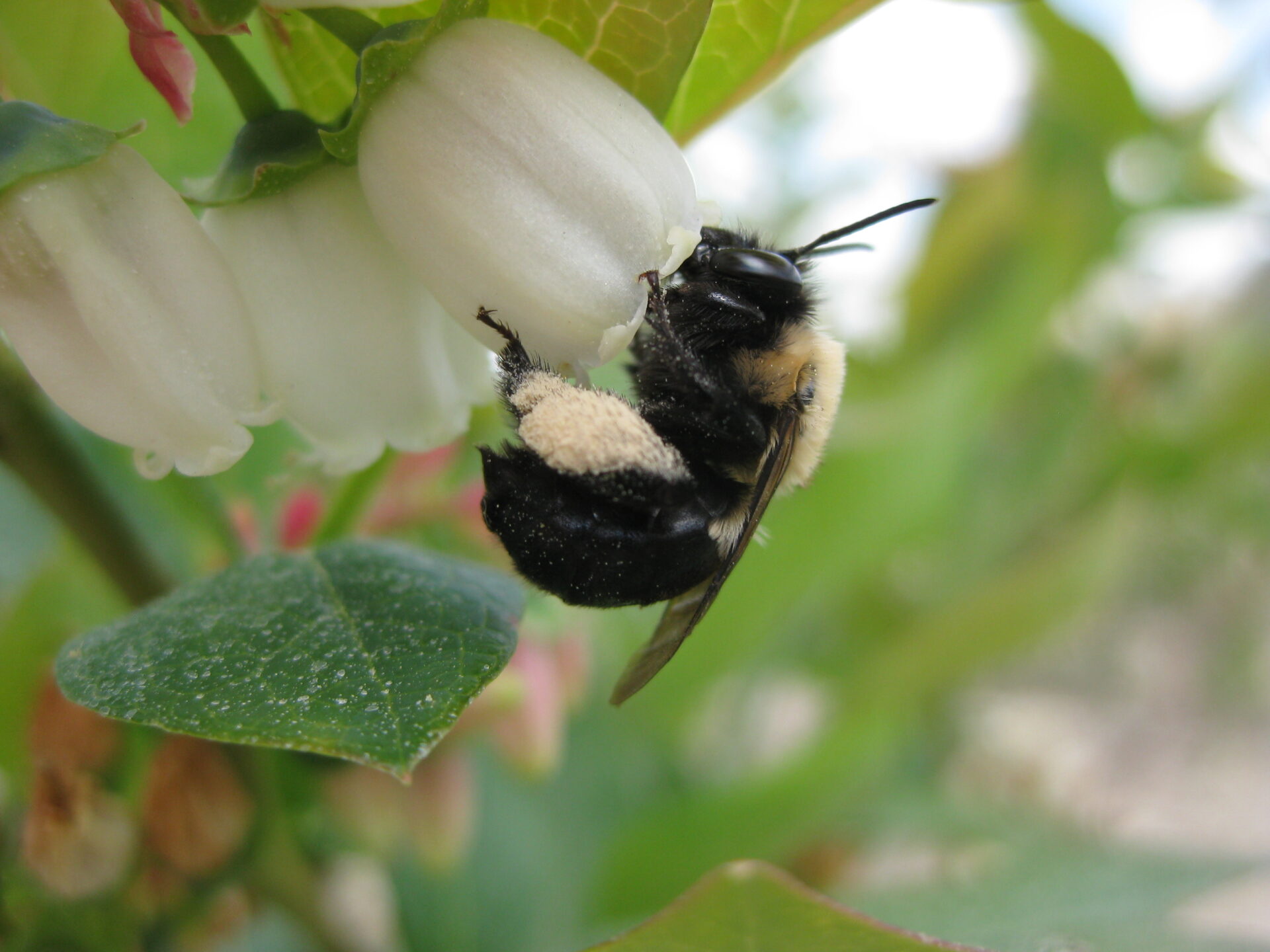 Decline In Wild Bees Could Lead To Food Scarcity In The U.S. – Study

Decline in wild bees in the United States of America has raised fears over a consequential scarcity in the availability of food crops.

In the U.S., bees are the main pollinators for agriculture economy.

Most of the world’s crops depend on honeybees and wild bees for pollination, so declines in both managed and wild bee populations raise concerns about food security, notes the study in the journal Proceedings of the Royal Society B: Biological Sciences.

“We found that many crops are pollination-limited, meaning crop production would be higher if crop flowers received more pollination. We also found that honey bees and wild bees provided similar amounts of pollination overall,” said senior author Rachael Winfree, a professor in the Department of Ecology, Evolution, and Natural Resources in the School of Environmental and Biological Sciences at Rutgers University-New Brunswick. “Managing habitat for native bee species and/or stocking more honey bees would boost pollination levels and could increase crop production.”

The study was published in the journal Proceedings of the Royal Society B.

“Our findings show that pollinator declines could translate directly into decreased yields or production for most of the crops studied, and that wild species contribute substantially to pollination of most study crops in major crop-producing regions,” the authors said.

Honeybees traditionally are regarded as the most economically valuable pollinators in the US.

Insects are the world’s top pollinators — 75 percent of 115 top global food crops depend on animal pollination, including cocoa, coffee, almonds and cherries, according to the UN.

A landmark study last year came up with the result that nearly half of all insect species worldwide are in decline and a third could disappear altogether by century’s end.

One in six species of bees have gone regionally extinct somewhere in the world.

Researchers reckon the major reasons behind this worrying statistic are pesticide use and habitat loss.

Published in Americas and NatureWatch