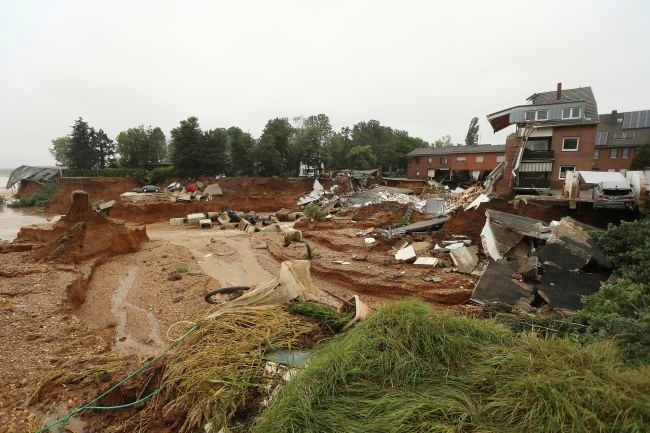 At least 100 people have lost their lives in ravaging floods across parts of western Germany and Belgium, as rescue operations and search for missing people continues.

Authorities in the German state of Rhineland-Palatinate said 50 people had died there. In neighbouring North Rhine-Westphalia, state officials put the death toll at 43, but warned that the figure could rise further.

Belgian broadcaster RTBF reported at least 12 dead in the country.

German Chancellor Angela Merkel, on a visit to Washington, DC, voiced her shock at the scope of the flooding, saying “I grieve for those who have lost their lives in this disaster”. She said the number of dead was likely to rise further. “We still don’t know the number. But it will be many.”

Speaking at the White House, Merkel said the day was “characterised by fear, by despair, by suffering, and hundreds of thousands of people all of a sudden were faced with catastrophe”.

“My heart goes out to all of those who in this catastrophe lost their loved ones, or who are still worrying about the fate of people still missing,” she said.

Among the worst-hit German villages was Schuld, where several homes collapsed and dozens of people remained unaccounted for.

According to Al Jazeera, Rescue operations were hampered by blocked roads and phone and internet outages across the Eifel, a volcanic region of rolling hills and small valleys.

Some villages were reduced to rubble as old brick and timber houses couldn’t withstand the sudden rush of water, often carrying trees and other debris as it gushed through narrow streets.

Dozens of people had to be rescued from the roofs of their homes with inflatable boats and helicopters. Hundreds of soldiers were deployed to assist in the rescue efforts.

“There are people dead, there are people missing, there are many who are still in danger,” the governor of Rhineland-Palatinate state, Malu Dreyer, told the regional parliament. “We have never seen such a disaster. It’s really devastating.” 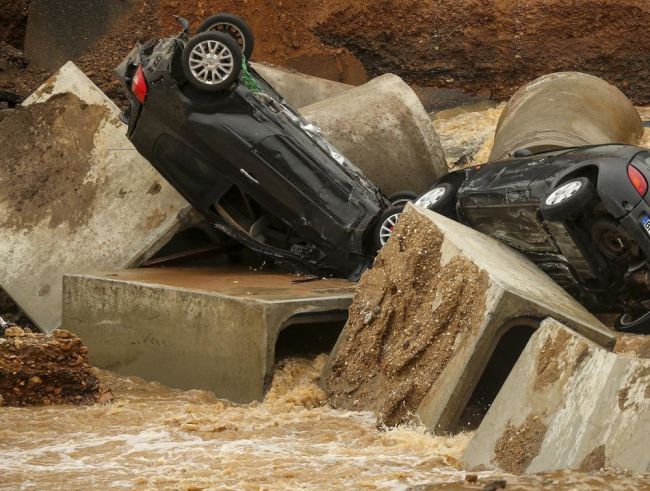 Cars lie in a washed out part of the Bessem district of Erftstadt, Germany.Credit: AP

Residents in the affected regions told AFP news agency they were stunned by the disaster.

“Nobody was expecting this – where did all this rain come from? It’s crazy,” Annemarie Mueller, a 65-year-old resident of Mayen, said. “It made such a loud noise and given how fast it came down we thought it would break the door down.”

Local teacher Ortrud Meyer, 36, said she had “never seen anything like this”.

“My father-in-law is almost 80, he’s from Mayen, and he says he’s never experienced anything like this,” she said.

In Belgium, dramatic footage of the floods showed cars being swept away along a street in the city of Verviers. 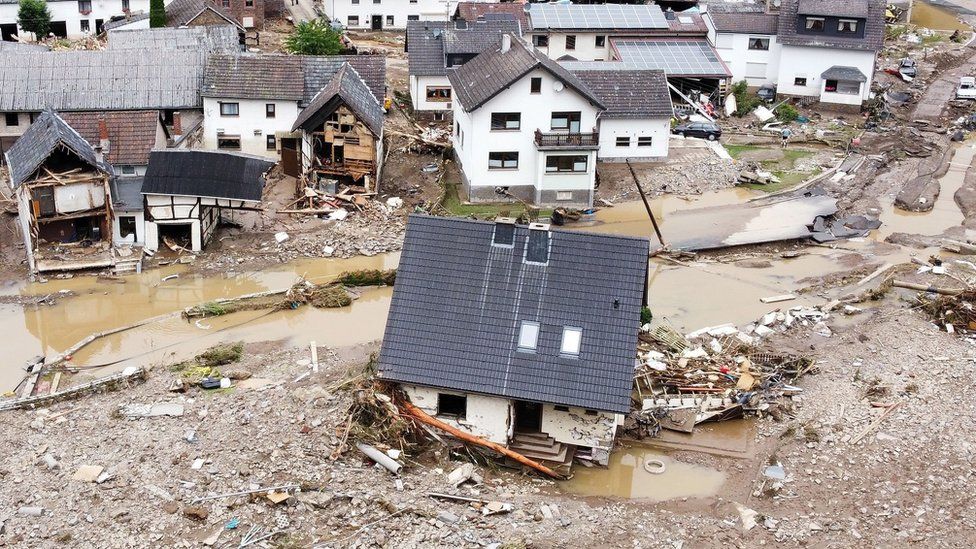 Security personnel were deployed to help people in the affected areas. Image: REUTERS

“We have never seen such a disaster. It’s really devastating.”

Rescuers were rushing on Friday to help people trapped in their homes in the town of Erftstadt, southwest of Cologne in Germany, where several houses were at risk of collapse after floodwaters laid bare the foundations. 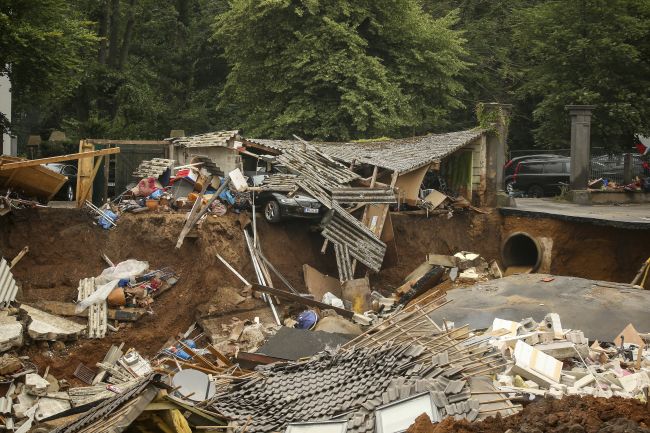 The destruction in the Blessem district of Erftstadt, GermanyCredit: AP

The German army has deployed 900 soldiers to help with the rescue and clear-up efforts.

Thousands of people remain homeless after their houses were destroyed or deemed at-risk by authorities, including several villages around the Steinbach reservoir that experts say could collapse under the weight of the floods.

Across the border in Belgium, most of the drowned were found around Liege, where the rains hit hardest.

EU Commission President Ursula von der Leyen pledged to help, tweeting: “My thoughts are with the families of the victims of the devastating floods in Belgium, Germany, Luxembourg and the Netherlands and those who have lost their homes.”