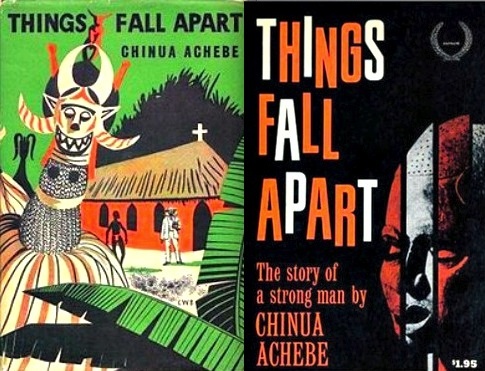 Data Reveals The Most Educated Racial Group In America: Africans From The “Dark” Continent- Nigeria!

They are cunning, conniving scamming creatures that would do anything to access your bank balance to blow it!

Well going by what the shocking indices say, and probably covertly known for eons- in stark contrast to an image soiled, slaughtered and sold worldwide- it is now crystal clear, where Nigeria is concerned, something just does not add up!

Nigeria aka African Americans, aka Black people, allegedly have been making the rounds on the international media circuit, as the most intellectually cut and highest achieving group academically in continental USA

According to a data provided by Rice University in Texas, Nigerian-Americans are the most educated “ethnic” group in the United States.

Nigerians account for less than 1 percent of the American population but shockingly make up 25% of all the Black students at Harvard Business School. It then comes as no surprise that the Nigerian-American achievement in the world of education top all other U.S. immigrant groups, the much publicised and celebrated Asian-Americans inclusive!

A growing number of Nigerian-Americans are now entrepreneurs, CEOs and founders of tech companies across the U.S. and indeed globally

This disturbing reality for some- though exhaustively examined for sanity’s sake- still bizarrely showed validity, which indeed brings to the forefront, what has always been the suspicion since the very first ancient interface between the “darkies” and their formidable fairer foes

What could possibly be the comprehensible reason for this strange illogical reality?

Rumours have it that, when Flora Shaw – the journalist mistress of Frederick Lugard, the then Governor – General of South and Northern Nigerian protectorate- contemplated a name for these human liabilities, standing by the gilded window of her fine fortress; one look at the dysfuntional dark creatures confined to the searing heat of the sugarcane fields, it was clear as daylight that a name comporting with a subtle hint of savagery would be most appropriate. Nigger-area!

Obviously the legendary British tact and style would demand sophistication in delivery, so readjusting the tonal sequence of the (I) relieves the upper palette of the crude sever lashing of the tongue. A cute subtle silencing of the (G) with a singular representation ensures refinement. Re-admittance of the (I) and a fun filled final farewell to the ( REA) give a handsome high fashion entrance of what we have today “ Nigeria!

The collective designated term for the global African/ black peoples, coined by the white world for easy targeting and psychological assault, rooted in the reality of invasions, genocides and enslavement was/ is “nigger”

Conversation between a Nigerian and white professor: “The West African Region identified as Nigeria today was known to have supplied more enslaved humans than any other country. Allegedly the quality of human “cargo” was supreme and priced much more than slaves from other West African countries. The men were strongly built and expert cotton farmers.

Only wealthy plantation owners could afford enslaved Blacks from “Nigeria”. Little wonder, the enslaved from your country were nicknamed “black gold” and the British slave ship named “White Lion” brought them into Virginia”

Allegedly the southern coasts of Nigeria was called the slave coast by the Western world for centuries.

Who in a billion years would have thought, the demeaned dark race of peoples, loathed with a passion, represented as caricatures and only needed for bed-warming biracial making chores, have connecting synapses solid and strong enough to outshine all others on the planet?

Disregarding so called Nigeria billionaires Forbes list, a mere copy of same dog eat dog, self serving, capitalistic, acquisition-mania and environmentally destroying imported blue print; we look at just a few of the more relatable and indeed ethereal ingenuity of African Nigerians, and by extension the global Black race:

1- Phillip Emeagwali: Referred to as “The father of the Internet” – CNN. In the year 1989, emulating the bees’ honeycomb construction, Emeagwali used 65,000 processors to invent the world’s fastest computer, which performs computations at 3.1 billion calculations per second. It is alleged he actually engineered what we know today as the world wide web aka the internet!

2- Ufot Ekong: The Nigerian student who achieved the highest grades at a Japanese university, shattering a 50 year jinx, while solving a mathematical equation which was unsolvable for 30 years

3– Victor Olalusi: As a medical student in Russia, Olalusi scored a 5.0 Cumulative Grade Point Average (GPA) for seven consecutive years at the Russian National Research Medical University (RNRMU), Moscow. This made him the best graduating student in the whole Russian Federation in 2013!

4- Osarieme Anita Omonuwa: At 22, bagged a first class honour at the University of Reading, United Kingdom, making her the first black woman to win the Reading University Chancellor’s Award in the history of the 121-year-old institution

5- Silas Adekunle: A 28-year-old Nigerian, credited for building the world’s first gaming robot, and now the highest paid in the field of Robotic engineering

6- Esther Okade: Now 15 years old, is a math guru with special love for algebra. At the age of 6, she sat for her first high school qualification exam usually meant for 16 year olds and made a C. She attempted it again the next session at the age of 7, and made an A. Her mum recounts that from the age of four, Esther began to show signs of the intense fascination that calculations would hold for her. She started school like her age mates but the once vibrant girl changed drastically and luckily her parents noticed the change and decided to teach her from home. Presently, she is writing a book called ‘Yummy Yummy Algebra’ to help other children with math and plans to own a Bank before she turns 15.

7- Innocent Ifediaso Chukwuma: Owns the first indigenous African automobile manufacturing company located in Nigeria. Established in 2007 and now worth over $1.5Billion, Chukwuma’s phenomenal journey started from the 70’s as a teenager working as an apprentice for an elder Romanus Eze Onuuwka. He would later move on to establishing a company with his brother and ultimately his own. Currently he manufacture’s trucks, SUVs, buses, sedans, and even spare parts for the Nigerian army’s fighter jets.

8- Legendary Monarch Queen Amina: Ruled between1576-1610 AD- Empress Amina is believed to have ruled not only on the Royal stool, but also on the battle field! The African Warrior Queen of Zazzau (now Zaria) was a brilliant military strategist who fought many wars and won them all.

She ruled for over 34years, heading a 20,000 strong male army, annexing vast kingdoms spanning over 500 miles across and controlling trade routes. The monarch clearly did not differ in style and ambition as her living Nigerian descendants.

She was the daughter of Queen Bakwa Turunku, who founded the city of Zaria, West Africa, in 1536. Queen Amina is credited with building the famous Zaria Wall

With the stellar list above, one would be wholly confused if not shocked as to why on their native African soil, leadership belies their innate intellectual prowess

Aside from long held suspicions of diabolical foreign destabilisations behind the scenes, i.e the accursed French footprints and suffocating stranglehold all over Francophone Africa, one would wonder why the leadership all over the Black world, display traits similar to renegade body cells turning cancerous and eventually destroying itself!

Well, still on Nigeria, we need not look further for answers, as the link below, confirms a sordid reality:

What does the future hold for Nigeria and indeed the Black world?