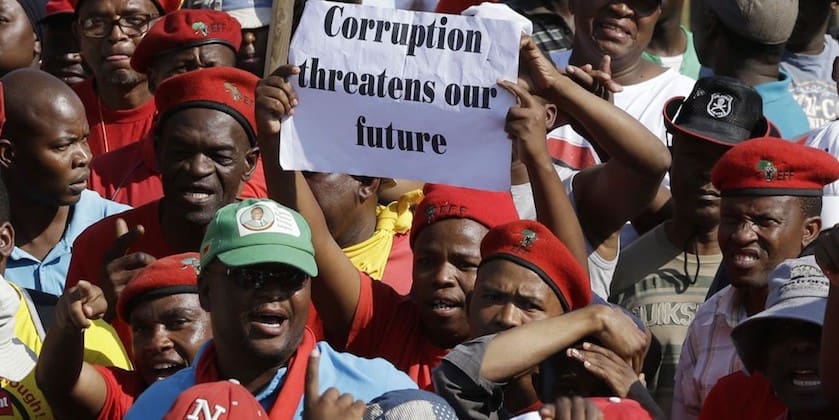 (Editor’s Note: This article is the third of a Just Security mini-series adapted from recent testimony before the U.S. House of Representatives Tom Lantos Human Rights Commission regarding the reauthorization of the Global Magnitsky Act on March 24, 2021. All articles in the series can be found here.)

I direct EG Justice, a human rights NGO focused on my country, Equatorial Guinea, a Central African nation controlled by the longest-ruling head of state in the world.

Equatorial Guinea gained attention in March following a deadly series of explosions at a military camp in a densely populated area of Bata, the county’s largest city, allegedly caused by negligent storage of dynamite or explosive weapons. These incidents illustrate the government’s rampant, reckless disregard for civilian life and the overlapping issues of respect for human rights, corruption, and impunity. Although  the use or storage of explosives in civilian areas poses a clear risk of death, severe injuries and destruction of property, the government failed to take appropriate measures to avoid recklessly endangering civilians. Now, there are doubts about the prospects for a full and transparent investigation into the causes of the disaster.

Transparency International ranks Equatorial Guinea among the most corrupt nations in the world, along with Libya and Sudan. Meanwhile, Freedom House considers it among the “worst of the worst” as “Not Free,” with a score of 5 out of 100, outdone only by four countries, including North Korea and Eritrea.

President Teodoro Obiang is an authoritarian despot who took power in a military coup in 1979.  In 2012 he made his son Teodoro Nguema (a.k.a “Teodorín”), vice president in charge of the highly repressive security forces. The judiciary is completely under presidential control.  There is no rule of law, and journalists undergo extreme censorship. I cannot return home, where my family including my ailing mother resides, because the president has labeled me a “traitor,” “enemy of the state.”

In short, my country is a textbook case of complete state capture and the interplay between corruption and human rights abuses.

In the early 1990s, U.S. companies discovered oil in Equatorial Guinea. Billions of dollars in oil revenues soon transformed it from an impoverished country to the Kuwait of Africa with the continent’s highest per-capita GDP.  Yet that wealth is concentrated exclusively in the hands of the president’s family and associates, while most citizens live in abject poverty.

This capture of material wealth would not be possible without complicity and active assistance by external actors, including Western entities and individuals. For example, in 2004, a Senate investigation found that Washington, D.C.-based Riggs Bank managed over 60 accounts controlled by President Obiang, with a balance of $700 million. It also found that at least $35 million were transferred to offshore shell companies controlled by President Obiang.

In 2010, a separate Senate investigation entitled Keeping Foreign Corruption out of the United States found that Teodorín—assisted by U.S. lawyers, real estate agents, and escrow agents—illegally moved more than $110 million in potentially illicit funds into the United States.

I attended the hearing of the Senate Permanent Subcommittee on Investigations in which the report was presented and examined. It was my first time in Congress.  I watched, baffled, as lawyers and real estate agents summoned to testify about their role in enabling hundreds of millions of dollars to flow into and purchase assets in the United States in violation of banking and anti-money laundering laws pled the Fifth Amendment and walked out of the room unblemished.

I realized then that in order to stamp out corruption, the United States must not only fight kleptocracy around the world, but must also act at home.

An Obligation to Fight Corruption

Corruption is never a victimless crime, but its consequences are especially devastating in my country, where endemic corruption and flagrant repression converge with dramatic consequences. Despite the immense resource-wealth of the country, three-fourths of my people subsist on less than $2 a day. They struggle to access water, medical care, and education.  Over the last year, COVID-19 has deepened the inequality divide and exacerbated corruption, while lockdown enforcement has been used as an excuse to arrest and beat the poor struggling to subsist.

U.S. companies including Exxon, Marathon and Noble energy own almost $22 billion worth of assets in Equatorial Guinea. Consequently, the United States has a strategic interest in promoting good governance and helping create a stable business climate that secures U.S. investment and reduces the risk of complicity in serious human rights abuses. Beyond this narrow self-interest, the United States has moral and international legal obligations to ensure that its citizens and companies do not facilitate corruption and contribute to human rights abuses.

Indeed, as illustrated by the testimony at the Senate hearing, the Obiang family’s transnational kleptocracy is only possible with the material assistance of unscrupulous lawyers like Michael Berger and George Nagler who helped Teodorín circumvent U.S. laws and launder millions.  It is only possible with the material assistance of real estate agents like Neal Baddin and John Kerigan, who facilitated Teodorin’s purchase of a $30 million Malibu mansion. Since 2010, France, Switzerland, Brazil, and South Africa have found that Teodorín has spent—with the help of professional enablers—well over $500 million on his playboy lifestyle around the world.

The evidence of Teodorin’s lavish spending of ill-gotten gains did eventually lead the United States to seize the Malibu mansion and other assets. Other governments have taken similar steps. Yet so far, his enablers have not been touched.

The Importance of the Global Magnitsky Act and Executive Order 13818

Executive Order 13818 expands the scope of the Global Magnitsky Act to apply sanctions to “any person” determined to have “materially assisted” otherwise sanctionable persons and offenses.

This expansion has the potential to bring Western enablers of corruption – who are the fulcrum without which complex financial crimes could not be carried out – within the reach of these crucial anti-corruption tools.

Protecting the gains of the Global Magnitsky Act means using it to deter the worst of the worst: authoritarian kleptocrats responsible for endemic corruption, widespread human rights violations, and impunity.

This is our opportunity to act to counter kleptocracy that entrenches corruption and repression. I urge the reauthorization and expansion of the Global Magnitsky Act.