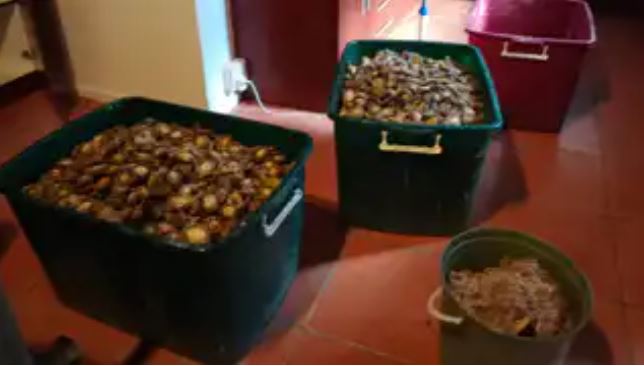 Two Chinese nationals will face deportation from South Africa after serving their prison terms for dealing in abalone, a court has ruled.

According to the report, the duo were sentenced by the Khayelitsha Priority Crimes Court after being declared as undesirable persons effectively barring them from ever entering the country once they leave jail.

The team conducted a search and seizure operation at two dwellings along Sering Avenue and Kasselsvlei Road Bellville in Cape Town.

According to SAPS, the pair eventually opted to enter into a plea agreement.

The Chinese nations will serve an effective prison term of six (6) months. The charges included:

Count (1), unlawfully operating a fish processing establishment, of which each was sentenced to eighteen (18) months direct imprisonment, twelve (12) months suspended for a period of five (5) years.
Count (2), Landing, Selling, receiving or possession of fish taken in contravention of the Marine Living Resources Act, each sentenced to 12 months direct imprisonment half of which is suspended.

In addition to the sentence, the court also ruled that the accused are to forfeit all benefited proceeds of their unlawful activities, the confiscated amount is to be paid into the Criminal Assets Recovery Account (CARA) and the State’s Attorney account, and a Mercedes Benz ML 350 valued at R150 000 has also been forfeited to the State.