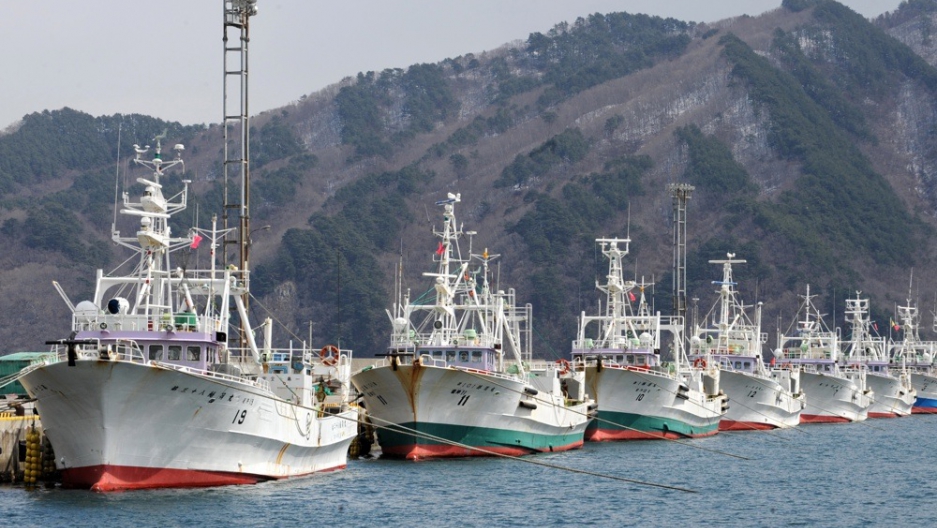 The Fisheries Agency moved to secure the safety of Japanese fishing boats operating in the rich Yamatotai fishing grounds within the nation’s exclusive economic zone by requesting they avoid certain areas and go elsewhere due to a recent surge in Chinese vessels moving in.

Thousands of Chinese fishing boats were spotted within Japan’s exclusive economic zone off the northeast coast, and the Fisheries Agency in Tokyo was forced to recommend that Japanese trawlers operate elsewhere to avoid clashes.

According to the Fisheries Agency on Wednesday, its patrol vessels had ordered 2,589 Chinese vessels to leave Japanese waters around the Yamatotai grounds as of the end of September, nearly four times the number compared with the same period of last year. Japan’s coastguard has confirmed that its ships had issued similar orders to 102 Chinese ships during the year through October 16, up from 12 incidents in 2019.

The Yamatotai area, some 350km off the Noto Peninsula, is a favourite among Japanese crews, who catch “surumeika” flying squid and crabs in the autumn months.

Japanese maritime in previous years have had a similar problem with North Korea fishing boats operating in the area. According to Fisheries Agency officials, about 4,000 North Korean fishing boats were ordered to leave the waters in 2019. But this year, only one boat has been asked to do so.

In October last year, there was a sharp confrontation between the two sides, with a Japanese coastguard boat colliding with a North Korean ship. The Korean ship sank, with its 60 crew members picked up and placed on other fishing boats.

While the coastguard has only encountered one North Korean vessel this year, there is concern that it may be more difficult to dislodge thousands of Chinese ships from the area.

Akitoshi Miyashita, a professor of international relations at Tokyo International University, said the Japanese government may have made a mistake by instructing its fishermen to leave the area.

The Japanese government’s ‘weak response’ has reportedly angered the Japanese fishermen who have traditionally worked in the Yamatotai area. Hiroshi Kishi, the president of the national federation of fisheries co-operatives, visited officials in several ministries in Tokyo earlier this month and requested that members of the federation be permitted to return to the fishing grounds.

“The Japanese government should implement a firm response so that Japanese boats can resume fishing,” he told local media. There has been no word on whether more coastguard vessels will be deployed to the area to protect Japanese vessels and to dissuade foreign boats from entering.

Analysts suggest there are several reasons Chinese vessels have started to appear off northeast Japan. One theory is that coastal waters close to the fishermen’s home ports have been overfished, meaning the crews are having to venture farther afield for a catch. An alternative suggestion is that China is testing Japan’s resolve over its territorial integrity and the responses of its coastguard and, potentially, the military.

“If it is a matter of seeking out new fishing grounds, then the issue should be possible to solve in talks between the two government,” said Miyashita. “If it is the second scenario and these are in fact state-sanctioned actions, then that is a far more serious problem.”