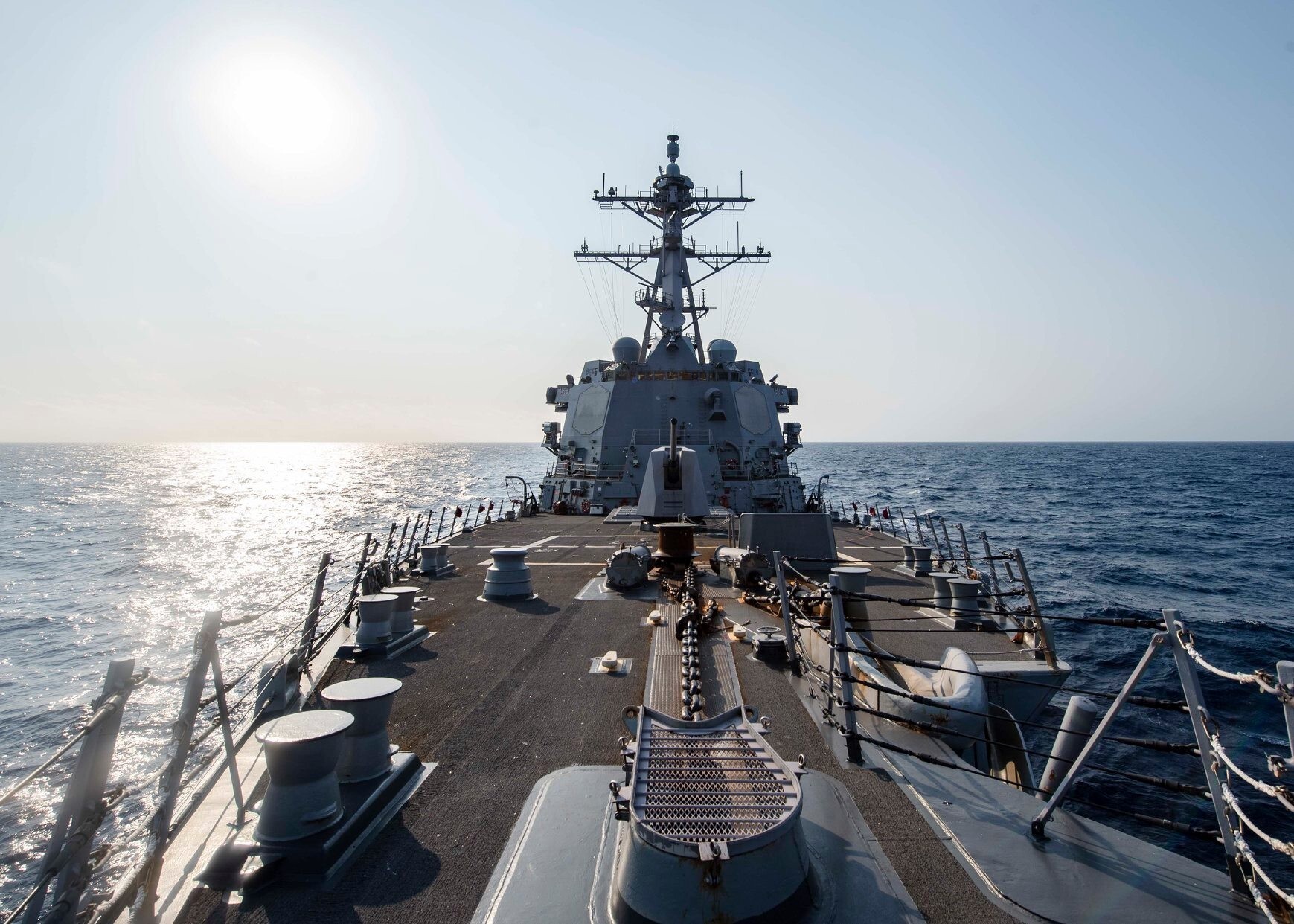 BEIJING (AP) — China says it tracked a US Navy warship as it passed through the Taiwan Strait and has its forces in the area on high alert, as tensions between the world’s two largest economies and rivals for regional influence continue to simmer.

Zhang said the U.S. has recently been sending “the wrong signal” to proponents of independence for Taiwan, a pro-U.S. self-governing democracy that China claims as its own territory, to be annexed by force if necessary.

Although the Taiwan Strait is a public waterway, China is extremely sensitive to all U.S. military moves in its periphery amid heightened tensions over Taiwan, the South China Sea, trade disputes and other issues.

In a brief statement, the U.S. Pacific Fleet said the Barry had “conducted a routine Taiwan Strait transit … in accordance with international law.”

“The ship’s transit through the Taiwan Strait demonstrates the U.S. commitment to a free and open Indo-Pacific,” the statement said. “The U.S. Navy will continue to fly, sail and operate anywhere international law allows.”

While the U.S. has no formal diplomatic ties with Taiwan in deference to Beijing, Washington is legally bound to ensure the island can defend against threats and is its biggest provider of military hardware. Recent sales have included tanks, missiles and upgraded F-16 fighter jets, while reports say the U.S. is also preparing to offer drones, rocket and other missile systems.

Published in Americas and Asia