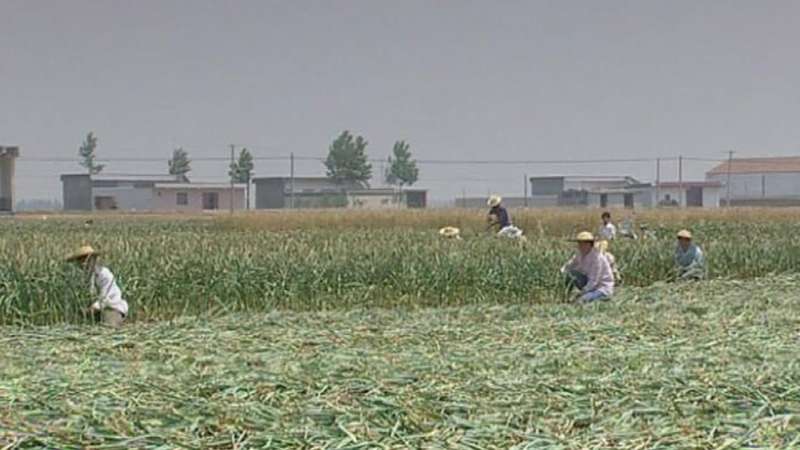 From consigning Uighur Muslims to “reeducation camps”, China is reportedly pushing thousands of Tibetans into labour camps, a move analysts have compared to alleged forced labour operations in Xinjiang, according to evidence compiled by a German anthropologist and corroborated by Reuters.

In light of this development, the International Olympic Committee is urged to strip Beijing of the right to host the Winter Olympics in 2022.

The labour camps are accompanied by enforced indoctrination, intrusive surveillance, and harsh punishments for those who fail to meet labour transfer quotas, according to the research.

The programme, as The Guardian has observed, was introduced to the Tibetan Autonomous Region in 2019 and 2020 as promoting the training and transfer of “rural surplus labourers”, a term also used in a white paper published by Beijing last week defending its work programmes in Xinjiang. As with the Xinjiang paper, the Tibetan programme is purported to be a way of achieving president Xi Jinping’s goal of eradicating poverty.

Researcher Adrian Zenz writes that the labour transfer policy allows rural workers to be subjected to centralised “military-style” vocational training, which aims to reform “backward thinking” and includes training in “work discipline”, law, and the Chinese language. Other reports documented by Zenz note that the process requires “diluting the negative influence of religion”, aided by a scheme encouraging Tibetans to transfer their land to government-run cooperatives.

“While some documents assert that the scheme is predicated on voluntary participation,” Zenz writes, “the overall evidence indicates the systemic presence of numerous coercive elements”, including mandated quotas and instructions to put “pressure” on subordinates to meet targets, and in one region the inclusion of targets in party officials’ annual assessment scores.

He adds: “The similarities to Xinjiang’s coercive training scheme are abundant: both schemes have the same target group … a high-powered focus on mobilising a ‘reticent’ minority group to change their traditional livelihood mode; employ military drill and military-style training management to produce discipline and obedience; emphasise the need to “transform” labourers’ thinking and identity, and to reform their ‘backwardness’; teach law and Chinese; aim to weaken the perceived negative influence of religion; prescribe detailed quotas; and put great pressure on officials to achieve programme goals.”

According to Zenz, key policy documents revealed party officials must meet strict quotas or face punishment. Companies which employ a minimum number of workers and local brokers are given financial rewards, he writes.

Australian Liberal MP Andrew Hastie and Labor Senator Kimberley Kitching, co-chairs of the Inter-Parliamentary Alliance on China, said Dr Zenz’s findings on the situation in Tibet were just as alarming as the treatment of Uighurs in Xinjiang.

“Just as the international community was rightly outraged by the details presented in the Xinjiang papers, and the treatment of the Uighur people, they will be just as troubled by this report on forced labour camps in the Tibet Autonomous Region,” Hastie and Kitching said in a joint statement.

“In Tibet, he was doing a slightly lower level, under the radar, version of what was implemented in Xinjiang,” said Allen Carlson, Associate Professor in Cornell University’s Government Department.

Around 70% of Tibet’s population is classified as rural, according to 2018 figures from China’s National Bureau of Statistics. This includes a large proportion of subsistence farmers, posing a challenge for China’s poverty alleviation program, which measures its success on levels of basic income. China has pledged to eradicate rural poverty in the country by the end of 2020.

“In order to cope with the increasing downward economic pressure on the employment income of rural workers, we will now increase the intensity of precision skills training … and carry out organized and large-scale transfer of employment across provinces, regions and cities,” said a working plan released by Tibet’s Human Resources and Social Security Department in July. The plan included 2020 quotas for the program in different areas.

In a statement to Reuters, China’s foreign affairs ministry strongly denied the involvement of forced labour, and said China is a country with rule of law and that workers were voluntary and properly compensated.

“What these people with ulterior motives are calling ‘forced labour’ simply does not exist. We hope the international community will distinguish right from wrong, respect facts, and not be fooled by lies,” it said.

Beijing is under growing international pressure over its treatment of Uighur and other ethnic minorities in Xinjiang, including mass internment for re-education, as well as surveillance, restrictions on religious and cultural beliefs, and forced sterilisation of women. Experts say the practices amount to cultural genocide.