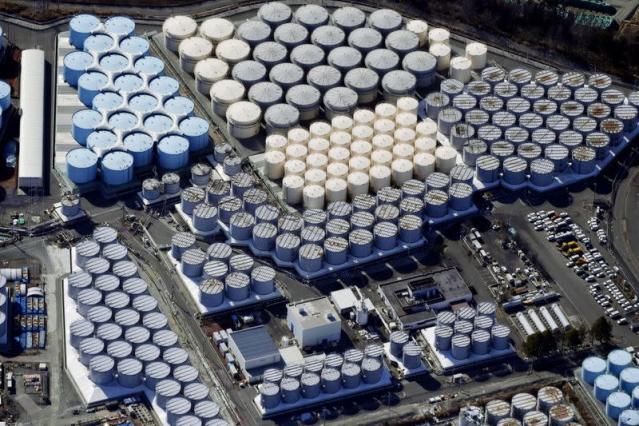 China has described Japan’s decision to discharge contaminated wastewater from the disaster-hit Fukushima Daiichi Nuclear Power Plant (NPP) into the sea as “extremely irresponsible”, and believes it should be promptly revised.

Japan contends the water release is necessary to press ahead with the complex decommissioning of the plant after it was crippled by a 2011 earthquake and tsunami, pointing out that similarly filtered water is routinely released from nuclear plants around the world.

Nearly 1.3 million tonnes of contaminated water, or enough to fill about 500 Olympic-sized swimming pools, is stored in huge tanks at the Fukushima Daiichi plant at an annual cost of about 100 billion yen — and space is running out, Reuters report.

“Releasing the … treated water is an unavoidable task to decommission the Fukushima Dai-ichi Nuclear Power Plant and reconstruct the Fukushima area,” Prime Minister Yoshihide Suga said of the process that will take decades to complete.

However, China has called on its neighbor to reevaluate the decision and wait until a consensus is reached with the International Atomic Energy Agency expert team and all stakeholders through consultations.

“On 13 April, the Japanese government decided to dispose of the nuclear wastewater from the Fukushima nuclear plant accident by discharging it into the sea. As a close neighbor and stakeholder, the Chinese side expresses grave concern over this. … This is highly irresponsible and will severely affect human health and the immediate interests of people in neighboring countries,” the Chinese Foreign Ministry said in a statement.

“China will continue to watch closely the developments of the matter together with the international community and reserves the right to make further reactions,” the ministry added.

The Japanese branch of the Greenpeace non-governmental environmental organization, in the meantime, has also strongly condemned the government’s decision to dispatch some 1.23 million tonnes of radioactive wastewater.

“The Japanese government has once again failed the people of Fukushima. The government has taken the wholly unjustified decision to deliberately contaminate the Pacific Ocean with radioactive wastes. It has discounted the radiation risks and turned its back on the clear evidence that sufficient storage capacity is available on the nuclear site as well as in surrounding districts,” Kazue Suzuki, the climate and energy campaigner at Greenpeace Japan, said.

South Korea expressed “serious concerns that the decision could bring a direct and indirect impact on the safety of our people and surrounding environment”, adding it would step up its own radiological measuring and monitoring.

Fishing unions in Fukushima have urged the government for years not to release the water, arguing it would have a “catastrophic impact” on the industry.

A Scientific American article reported in 2014 that when ingested tritium can raise cancer risks, while some experts are worried about other contaminants. The water currently contains significant amounts of harmful isotopes despite years of treatment, according to Tepco.

Earlier in the day, the Kyodo news agency reported that Japan had finalized its decision to release toxic water into the ocean, as the NPP was running out of storage capacity. Despite neighboring states’ concerns, Japan’s leadership said there would be no negative impact on the environment or human health.

Japan warned in December that it was running out of storage capacity and would release the water used to cool the Fukushima Daiichi reactor into the Pacific in 2021, prompting concerns of pollution among neighbors. The wastewater discharge is now planned for 2023, but only after it is greenlighted by the Nuclear Regulation Authority.