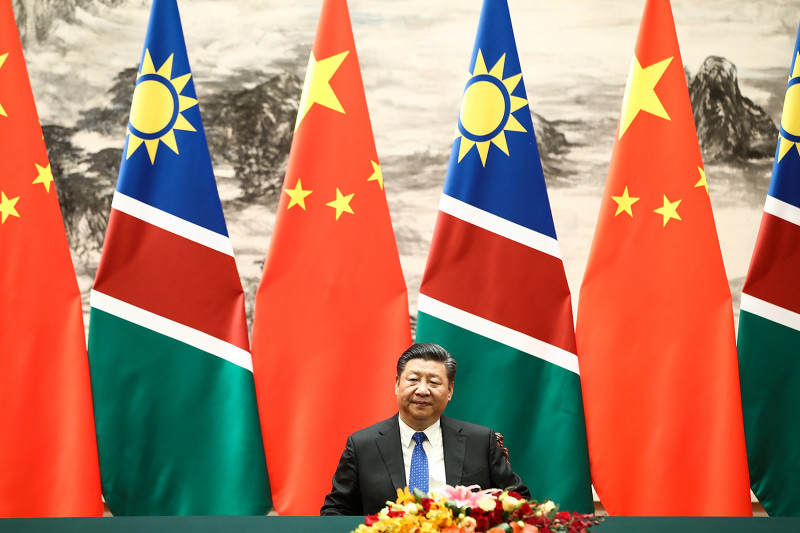 A new report has revealed that China is using infrastructure to expand its surveillance network in Africa, making U.S. officials vulnerable.

In a report by Foreign Policy, the research pointed out that the surveillance network began many years ago with different construction projects in the continent.

For instance, in 2018, the African Union accused China of infiltrating the computer network in its glitzy new headquarters in Addis Ababa, Ethiopia, to steal sensitive data—a task made easier by the fact that China itself built the headquarters. But it likely didn’t stop there.

A new research by Heritage Foundation has discovered that China in recent years has quietly embarked on government building projects across Africa that add up to a counterintelligence nightmare for the United States and its partners on the continent.

China has constructed or renovated nearly 200 government buildings, gifted batches of computers to African governments, and built “secure” telecommunications networks that give Beijing the opportunity for unprecedented surveillance on the continent. The report analyzes how China’s construction projects are a trojan horse for spying on African governments, based on China’s long-standing pattern of using its foreign infrastructure projects for political advantage and industrial espionage.

Nightmare for U.S. officials. The report offers stark assessments on the vulnerabilities that U.S. officials in Africa face amid growing concern in Washington over China’s clout on the continent. “Beijing likely uses surveillance to, among other things, advantage its companies competing for contracts, spy on U.S. officials, and influence African officials,” the report says. It concludes that all American officials should operate with the “baseline assumption” that all their communications with African governments are monitored by the Chinese.