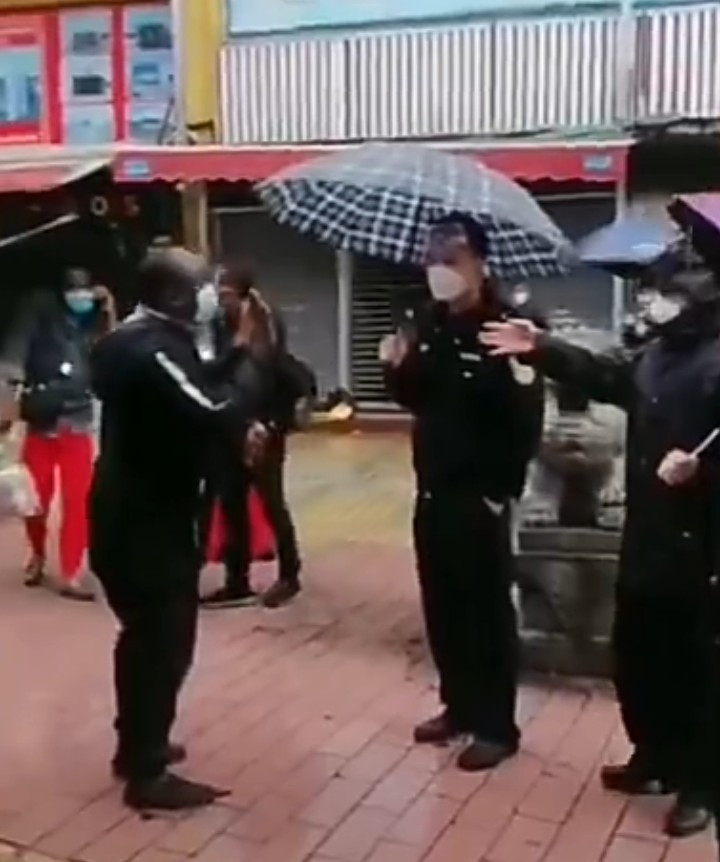 In the past few days, Africans especially Nigerians and Ghanaians in China have been hounded, chased, beaten, assaulted and forced out of their homes and hotels by Chinese security officers in a typical abuse of their fundamental human rights and treated like animals in a country that has over the years pretended to be a friend of Africa. These Africans have been left traumatized, homeless and in some cases have died as a result of the assault and suffering caused by forceful and illegal eviction from their homes.

What did these Africans do to deserve such ill-treatment from China at a time coronavirus is ravaging the country putting them at risk of easily contracting the virus? Why target only Africans? Why would China treat Africans in such a manner when they have thousands of their citizens in different countries in Africa not being meted the same treatment as the one they are giving to Africans?

The worst of it is that these innocent Africans who didn’t break the law are being forced into quarantine and isolation centers and their passports illegally seized even when they have no traces of coronavirus. The officials in a bid to save face falsely accused them of bringing back coronavirus into the country. How evil can China be?

While it falsely accused Africans of bringing back coronavirus into the country, such a claim has been proved wrong by Nigeria’s Consul-General in China.

The human rights abuse captured on tape shows the true thinking of the Chinese people who with their inferior technology still see Africans as lesser humans (even with the achievement Africans have made all over the world) while pretending to be friends even when it is obvious they see us as foes. No wonder they are trying to recolonize Africa with an influx of a large number of Chinese nationals and companies taking over industries in Africa, giving cheap relief materials and exploitative trade agreements.

This insult on the African race must not go unattended. The summoning of the Chinese Ambassador to Nigeria by the government of President Muhammadu Buhari must bear fruits and such action must never repeat itself. It must be drummed into the ears of China and its leaders that such an atrocious action against Nigerians and Africans, in general, must not repeat itself or it will be met with a brutal response. There is no reason whatsoever China must keep ridiculing Africa and making mockery of its people and yet continue to claim it is a friend of Africa.

African countries must rise up against pretentious China and see the country as it is – a shylock who borrows people money and hopes that the person defaults so that they will rip the individual apart.

The era when Africa was regarded as the dark continent has gone. No more should its people be subjected to such an inhumane treatment especially from a pseudo-world-power-hungry-nation like China. African countries whose citizens have been abused in China must seek compensation for their citizens and get justice for them.

China will only end up digging its own grave if it keeps treating the people who are its most important economic and investment partner without respect.

With over 10,000 Chinese firms operating in Africa, China should think better than this!