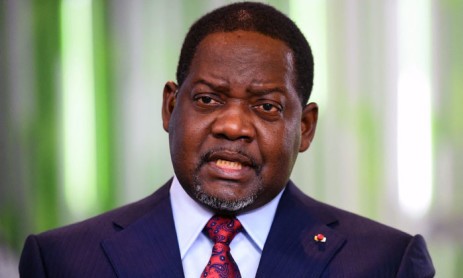 The Prime Minister of the Central African Republic, Firmin Ngrebada, on Thursday resigned his role along with his entire cabinet.

Before Ngrebada was installed as prime minister in February 2019, he served as President Faustine-Archange Touadera’s chief of cabinet.

According to Africanews, he had been one of the main architects of the Khartoum peace agreement in February 2019 between the authorities and armed groups which brought relative stability to the country that has been mired in conflict since 2013.

Ngrebada said on Twitter he handed over his and the government’s resignation to President Faustin- Archange Touadera, but a presidential spokesman told the AFP news agency the prime minister could be tapped to lead a refreshed administration.

“We will know within a few hours if the president keeps the prime minister on,” Albert Yaloke Mokpeme said.

Paris announced this week that it was suspending military assistance to Bangui, saying authorities in the African country were complicit in a Russian propaganda campaign against its forces and diplomats.

The Central African Republic has since charged a French man found with weapons with espionage.

In December 2020, Facebook accused Paris and Moscow of running rival disinformation campaigns in CAR. The platform said it had pulled down more than 500 accounts, pages, and groups from Facebook and Instagram originating from Russia and France targeting 13 African countries, including Mali, Tunisia, Libya, Niger, Ivory Coast, and Burkina Faso.

France has seen its influence wane in the Central African country since the entry of the Russians in 2018.