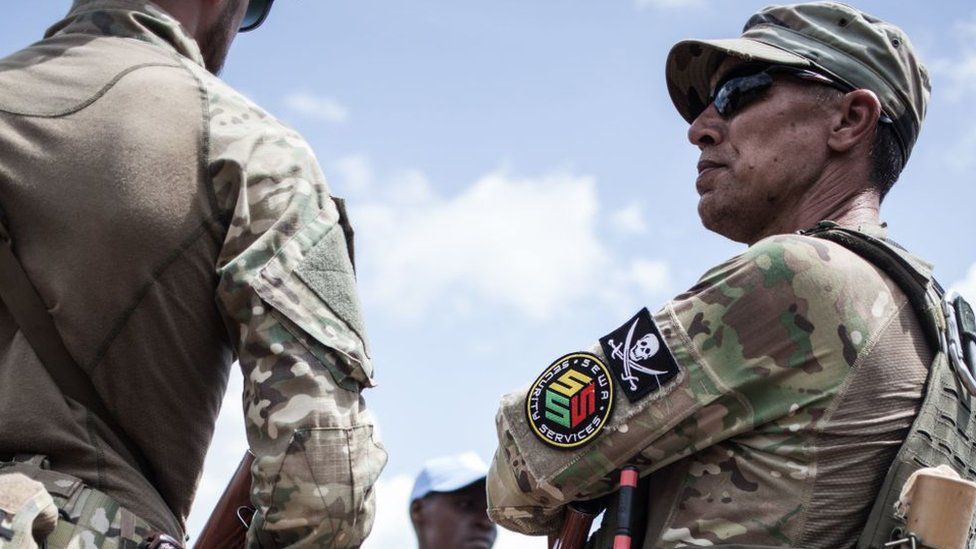 At least three Russian mercenaries in the Central African Republic are reported dead after two police vehicles drove over a roadside bomb, an official spokesman for the country’s government said.

The incident occurred in the village of Bandiba.

The report adds, citing RFI, that the Russians killed in the blast were members of a “paramilitary group” and part of the local military convoy hit by the explosion.

Russia’s presence in CAR has grown strong over the years. Mercenaries and military instructors have been deployed en masse, along with weapons and equipment supplies.

The mercenaries aid in the fight against rebels and form an integral part of the presiddent’s security protocol.

Russian mercenaries have been accused of gross human rights violation in the Central African Republic.

In 2019, the commander of U.S. Africa Command, General Thomas Waldhauser, said Russia’s Wagner private military company has deployed in the Central African Republic a total of 175 “instructors”, with some of them having access to the president’s office.

The Bild magazine, citing a report by German intelligence, wrote that Putin was making Africa a priority as Russia is planning to build military bases in six regions.

Among countries set to host bases are Central African Republic, Madagascar, Eritrea, Mozambique, Egypt, and Sudan. In 2015, relevant agreements were signed in this regard.