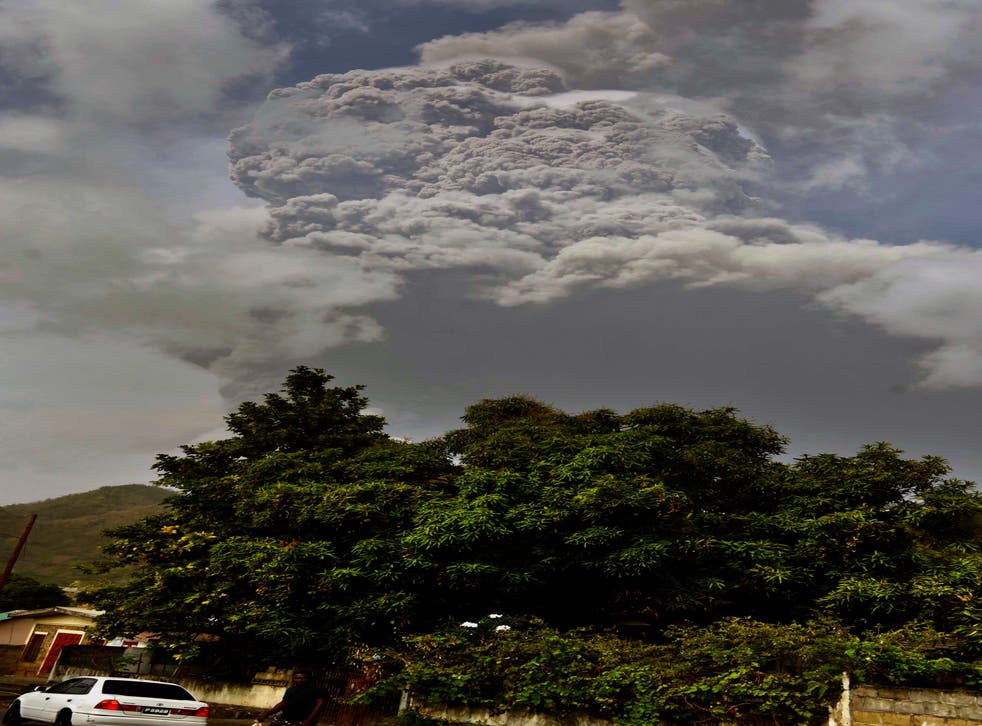 St. Vincent evacuated about 16,000 people from the surrounding communities, as La Soufriere volcano left parts of the Caribbean covered in ash. The people are bracing for more explosions.

La Soufriere’s latest eruption comes almost 42 years after the last major eruption in 1979. Authorities canceled flights as a safety precaution. Nearby Barbados, St. Lucia, and Grenada prepared for light ashfall, according to the Associated Press.

Heavy ashfall rained down on parts of St. Vincent, with a strong sulfur smell making its way through nearby communities. No casualties were reported as of Saturday afternoon.

Chellise Rogers, who lives in the village of Biabou, which is in an area of St. Vincent that’s considered safe, said she could hear continuous rumbling.

“It’s exhilarating and scary at the same time,” she said. “(It’s the) first time I am witnessing a volcano eruption.”

Scientists warn that the explosions could continue for days or even weeks, and that the worst could be yet to come.

“The first bang is not necessarily the biggest bang this volcano will give,” Richard Robertson, a geologist with the University of the West Indies’ Seismic Research Center, said during a news conference.

Ralph Gonsalves, the prime minister of the 32 islands that make up the country of St. Vincent and the Grenadines, said on local station NBC Radio that people should remain calm, be patient and keep trying to protect themselves from the coronavirus.

He said officials were trying to figure out the best way to collect and dispose of the ash, which covered an airport runway near the capital of Kingstown, about 20 miles (32 kilometers) south, and fell as far away as Barbados, about 120 miles (190 kilometers) to the east.

“It’s difficult to breathe,” the prime minister said, adding that although the volcano was venting less, a big plume of ash remained. “What goes up, must come down.”

Gonsalves said it could take up to four months for life to return to normal.

“Agriculture will be badly affected, and we may have some loss of animals, and we will have to do repairs to houses. But if we have life and we have strength _ we will build it back better, stronger, together,” he said.

With the COVID-19 pandemic still ongoing, St. Vincent authorities have recommended those evacuated and entering shelters to be vaccinated. St. Vincent and the Grenadines received 24,000 doses of COVID-19 vaccines earlier in the week as a part of a global relief effort.

Cruise ships arrived Friday to assist with the evacuation effort.  The Royal Caribbean International and Celebrity Cruises released a joint statement Thursday explaining the coordinated effort with St. Vincent authorities. “Royal Caribbean International’s Serenade of the Seas and Celebrity Cruises’ Celebrity Reflection are on their way to the island nation and are expected to arrive later this evening to assist with evacuation efforts,” read the statement. The cruise lines assured they would take precautions “to protect the health and safety of the crew and passengers who board our ships.”