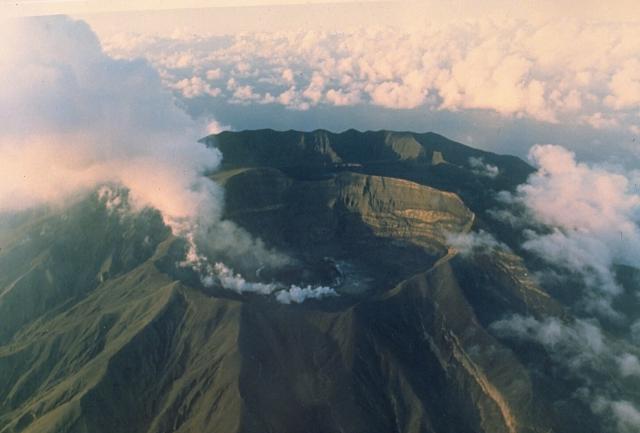 The Caribbean island of Saint Vincent has declared a red alert after the threat of a volcanic eruption forced thousands to flee their homes. An evacuation order was issued for northern areas after seismologists warned that the La Soufrière volcano shows signs of an imminent eruption.

Prime Minister Ralph Gonsalves said the island was on red alert after a shift in volcanic activity at the La Soufriere crater and told residents in northern areas to move to safety immediately.

“I have issued an evacuation order to all residents living in the RED ZONES on the North East and the North West of the island,” he wrote in a tweet late last night.

The country’s National Emergency Management Organisation said on Twitter there was a “substantial prospect of disaster”, and warned residents to “be ready, get your things in order”.

“Safe areas where people will be evacuated to are from North Union to Kingstown, on the Windward side of the island, Barrouallie to Kingstown on the Leeward side and the Grenadine Islands,” Nemo tweeted.

A cruise ship from the Royal Caribbean line was heading to the island to help with evacuation efforts, Nemo said.

The geologist Richard Robertson said that La Soufrière could erupt in a matter of hours or days, according to the St Vincent online newspaper News 784.

Monitoring stations had reported long earthquakes, which suggested that fresh magma was trying to reach the surface, and indicated that the volcano was moving to “an explosive stage”.

Crowds of masked people were captured on cell phone video carrying backpacks and plastic bags containing what appear to be some of their belongings.

Around 16,000 people live in the declared red zones on what is the biggest island in the Saint Vincent and the Grenadines chain.

La Soufrière’s most devastating eruption was in 1902 when about 1,600 people – most of them indigenous Caribs – were killed.

It last erupted in April 1979. The local population was evacuated and no casualties were recorded.