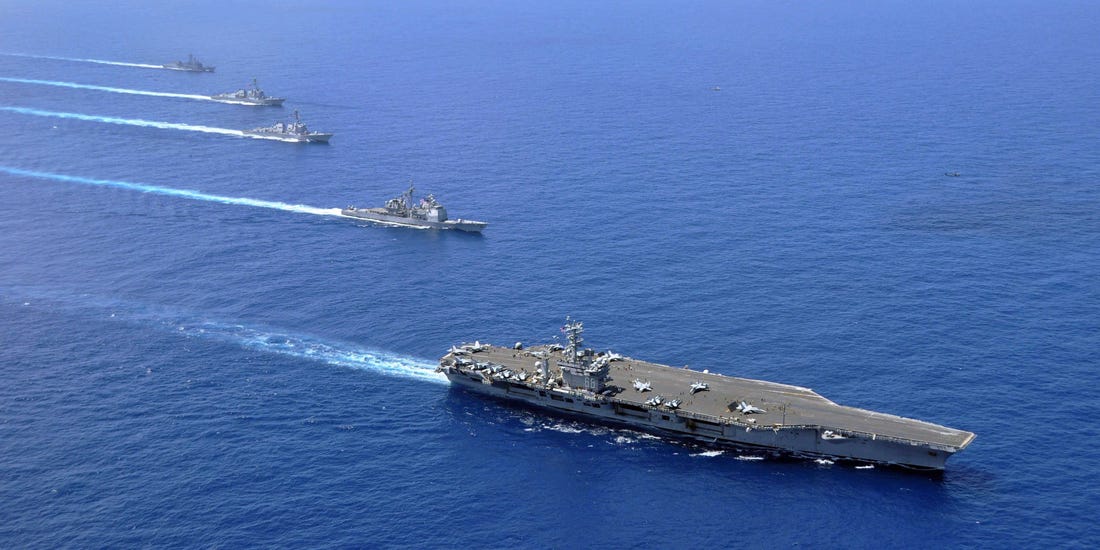 ‘Can’t Take Us All’: China Warned Of International Alliance Ready To Rein In Beijing!

CHINA has recently been described as a global threat, owing to its confrontational stance with several countries, especially their neighbourhood Southeast Asian countries. Beijing, however, has been warned that its bullish posturing will drive the international community into an “alliance” aimed at reining in Beijing.

Last Saturday, China’s launch of new live-fire drills in the region to test its anti-aircraft capabilities, sparked concerns among Southeast Asia nations and their allies of an upcoming military confrontation.

Australian Senator Jim Molan told Sky News: “What this is doing is turning so many of the neighbours – Vietnam, Malaysia, Brunei – many of the Southeast Asian nations, the alliance nations that we have – the Japanese, the Americans – into a de facto alliance.

“I think that is going to be the long-term answer to our problem.

“We can keep on building up individual capabilities, it’s going to cost us a fortune. But one day China will wake up to the fact it can’t take us all on.”

China continues to violate neighbouring countries’ security policies. It has repeatedly violated Japan’s airspace over the past year.

Senator Molan suggested Beijing is trying to test the waters to see how Tokyo could respond.

He continued: “I think this is a general attitude that China has towards many of its neighbours.

“It’s picked up a fight with India, it always had a fight with Taiwan and at the moment it’s conducting an amphibious exercise in the close proximity of Taiwan which forced Taiwan to declare a state of military emergency in case that exercise turned into a military action against it and they took one of the islands nearest to the Taiwan straits.

“You do these kinds of things when you’re either just trying to make an annoyance of yourself or you are trying to figure out how Japanese air defence is.”

Meanwhile, Australia has announced an agreement with Washington DC to ramp up their joint deterrence systems in response to Chinese posturing. This is following a meeting with US Secretary of State Mike Pompeo earlier this week.

Foreign Affairs expert Sanam Shantyaei said: “There are concerns the two powers are reaching what we refer to as a point of no return.

“That there is a complete deterioration of relations between the two and that might even lead to, and that’s the worst case scenario, military confrontation. Conflict.”

Ms Shantyaei continued: “This is an era that’s very much being shaped by voices from the most hawkish of personalities in both administrations.

“We have seen that play out on a much smaller scale, when we saw the crackdown on Chinese journalists in the US in a tit for tat move. Of course, we saw the expulsion of American journalists from China so we know how this plays out.

“Observers are saying that the United States has the power at this point in time to moderate, to reform the behaviour of China both at home and abroad.”

China’s overconfidence and the alliance against it could ultimately snowball into something catastrophic in the coming years.