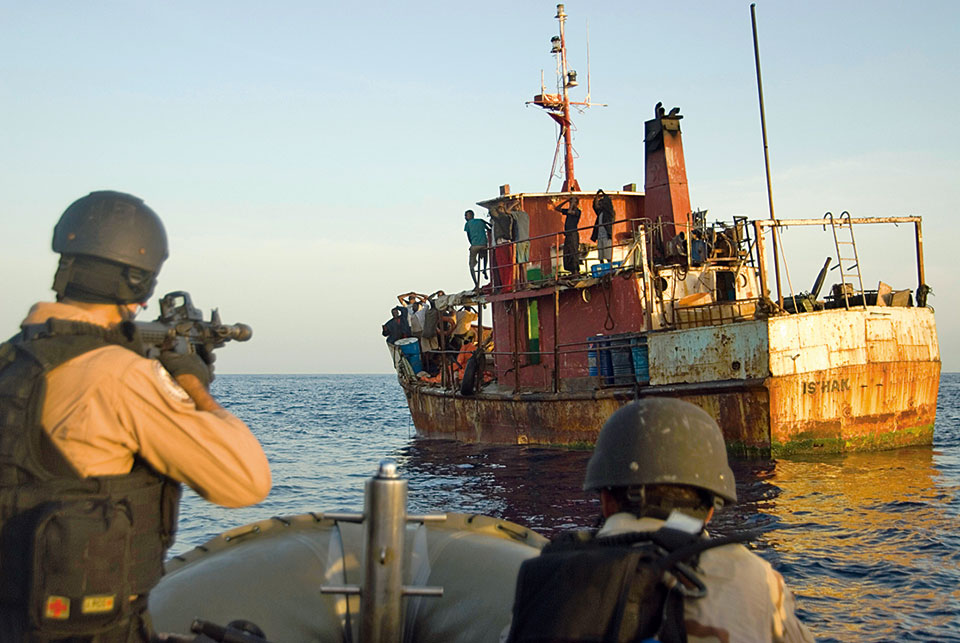 While security along the Horn of Africa has greatly improved, the western coasts have become increasingly dangerous. Although inter-regional cooperation on the subject has increased, much remains to be done.

From Cape Verde to the Angolan coast, attacks on ships have increased in recent years. In this vast maritime region, pirates – initially concentrated around the Niger Delta – have extended their activities to all the Nigerian coasts as well as to Benin and Togo, ever since Abuja granted amnesty in 2009.

In 2011, no less than 22 acts of piracy had been recorded in Benin, affecting traffic in the port of Cotonou, which had fallen by 60%. The major economic impact of maritime crime –  which includes illegal fishing, drug and arms trafficking – on the West African coasts now requires a regional response.

An inter-regional coordination centre (ICC) was set up the following year in Yaoundé, supported by regional centres in Pointe-Noire for Central Africa, Abidjan for the west and Luanda for the southern coast. To tackle the issue of piracy, each regional centre has a joint naval force attached to it.

Pooling their resources to combat piracy

Nigeria – which has a powerful naval force – has signed a memorandum with its French-speaking neighbours, Benin and Togo, to start the first joint patrols. The three countries undertook to pool their resources and to share information.

In Central Africa, the same type of cooperation is taking place between Cameroon, Equatorial Guinea and the DRC.

The regional anti-piracy centres are supported by bilateral partners which include France, the US, Spain and Denmark. The US and French Navies regularly carry out exercises with the security forces of the 19 countries in the region.

However, despite the establishment of this African and international collaboration, pirate attacks remain frequent. In fact, the state of affairs has been deteriorating since 2018. While the situation has clearly improved along the Horn of Africa (once infrequent), the Gulf of Guinea is now considered the maritime red zone of the continent.

In Benin alone, the International Maritime Bureau (IMB) confirmed that 11 ship attacks had occurred in 2020 compared to three in 2019. In Nigeria, the IMB counted 34 incidents last year, including the kidnapping of 44 crew members.

Pirates have also become active along the Cameroonian coast, where 31 crew members were kidnapped in 2020. In its latest report on piracy, the IMB advises ship commanders to stay as far away from the Cameroonian shore as possible, more than 250 nautical miles away, and to choose the busiest and safest route back to port.

“We should increase the culture of cooperation between our countries to overcome the traditional national preference,” says an expert on the subject from Ecowas.

“Enormous challenges remain to be resolved, particularly in the establishment of sustainable financing for operations. The countries of the Gulf of Guinea do not have a real maritime culture. They need to adopt an inclusive and environmentally-friendly maritime economy,” concluded the specialist.